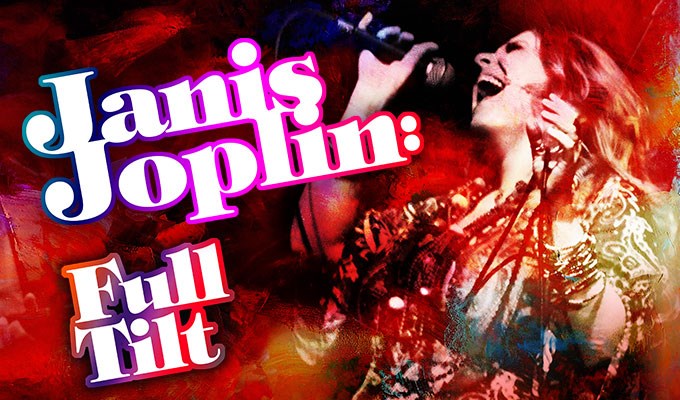 Theatre Royal Stratford East announces its programme of productions taking place from February – June 2016 and the 2016/17 pantomime. The year ahead sees the theatre staying true to its commitment to develop and produce new plays and musicals, as well as reviving one of its most successful runs of the last few years. Theatre Royal Stratford East achieved 86% capacity last year, with the most culturally diverse audience in the country.

“We have some of the most diverse audiences attending our shows at Theatre Royal Stratford East compared to other theatres in the UK; we celebrate this by producing work that’s varied, inclusive and accessible to all. This season is no exception.

“Kicking off our season is a concert performance by our home-grown choir, Stratford East Singers, who were last seen on Gareth Malone’s The Naked Choir (BBC2) where the choir made it into the finals. I couldn’t be more delighted that they’ll be opening our season.

“We have new writing on our stage with the world premiere of The House of In Between, which tells the tale of a millennia-old community (the hijras) in India. Little known outside of their own cultures, this is an insightful and intriguing story looking at the challenge of preserving tradition when faced with the demands of modern society. The show consists of traditional dance, music and song.

“We’re proud to be part of Ramps on the Moon, a collective of theatres across the country who are committed to bringing integrated theatre to the forefront, ranging from the creative and production process, to casting on our stages. Our inaugural production is The Government Inspector and you will never have seen it done quite like this before. It will be something rather special.

“I’m personally very pleased to be reviving our production of Love N Stuff by Tanika Gupta. This piece was so well received by our audiences and sold out, so we’re looking forward to making sure that those who didn’t get to see it last time round will finally have the chance.

“But before all that, we kick off 2016 with a piece that is somewhere between our two favourite genres with Janis Joplin: Full Tilt. Based on the life and work of the legendary performer, this piece by Peter Arnott and directed by our long-time collaborator Cora Bissett is simply stunning with a truly remarkable performance by Angie Darcy at its core.

“There really is something for everyone in the season ahead.”

This Christmas audiences will be transformed to the land of StratEastHam by the Olivier Award nominated and critically acclaimed team at Theatre Royal Stratford East, with their new adaption of Robin Hood. For full press release please click here.

Meet Babi Segi - a prosperous middle-aged man of robust appetites, the patriarch of a large household that includes a trio of wives and secen children. Will possessing a fourth wife be his undoing? A scandalous new play featuring original contemporary live Yoruba music, songs and dance is performed.

AN EVENING WITH STRATFORD EAST SINGERS

Finalists of this year’s Gareth Malone’s hit BBC show The Naked Choir, Stratford East Singers will power through their unique range of repertoire; and take audience members on an emotional journey through music.

Blending theatre with the feel and atmosphere of a full rock gig, Full Tilt is about the phenomenal and deep story of one of Rock’s greatest female icons, Janis Joplin. Featuring Joplin’s finest songs, audiences are taken on a rollercoaster of mixed emotions that express her exceptional life.

High School Musical meets an All-American Nightmare in this love story between a rebellious stoner punk and an All-American football player. In a town where schoolkids stay in their stereotypical cliques, just how far will our teenage rebels go in their fight for freedom, love and high school justice?

THE HOUSE OF IN BETWEEN

What if the thing you most wanted meant giving up everything you are and believed in?

Once revered across Ancient Asia and Arabia, the third gender is now feared, reviled and discriminated against. Uma is the leader of one such clan in India, desperate to protect her house and preserve her millennia-old traditions and way of life. One day a stranger arrives in need of help and the community open their doors. Will this act of charity jeopardise all the clan hold dear?

The House of In Between is written by Sevan K Green in his stage debut and directed by Theatre Royal Stratford East’s Resident Director, Pooja Ghai.

The pioneering partnership between Theatre Royal Stratford East and six other National portfolio theatres have created the network, Ramps on the Moon, creating theatre that is committed to offering opportunities to disabled people by putting disabled artists and audiences at the centre of their programmes.

Ramps on the Moon, in association with Birmingham Repertory Theatre, present the first piece of work, The Government Inspector.

The Mayor is in a cold sweat. News has reached him of an imminent visit from a Government Inspector. His fear is well-founded as he has been somewhat lacking in his official duties. Surely the only bribery; it seems to have resolved many a sticky situation for the Mayor and his team in the past! But a simple case of mistaken identity leads matters to spiral hysterically out of control. Could it be that they have met their match in the complicated business of deception?

After its successful sell-out run in 2013, the hilarious Love N Stuff returns to Theatre Royal Stratford East in 2016 for a strictly limited run.

Based on a married couple who are debating whether to leave the cold streets of Stratford for a sun soaked Delhi, audiences are joined by both characters in the departure lounge for this laugh-out-loud comedy featuring more than 20 characters played by just two actors.

Keeping to Theatre Royal Stratford East’s tradition, of pantomime with a twist the theatre will be producing Sinbad the Sailor as the 2016 pantomime. Full of jam-packed laughter, audience participation and original music, this vibrant production will be directed by Kerry Michael.

For all press enquiries, please contact John Potter on 020 8279 1110 or email press@stratfordeast.com.

Theatre Royal Stratford East achieved 86% capacity last year, the theatre, known as a people’s theatre, encourages and celebrates its diverse audiences, by putting on shows that speak directly to them. Highlights include, Open Stage, where the theatre offered the public to help programme their season in a public consultation and engagement project, Home Theatre, which saw 30 one-person tailored plays performed in 30 different homes across London and Stratford East Singers, the theatres community choir, open for all to join which featured on BBC’s The Naked Choir with Gareth Malone.

Musical Theatre
Theatre Royal Stratford East is a prolific developer of new work, attracting artists and audiences often not represented in many other venues. An important aspect of its work is the development of new musical theatre. The Theatre’s vision is to break new ground with musicals that bring contemporary and urban music into the mainstream of British theatre. This has led to the production of a broad spectrum of acclaimed sell-out musicals with its work transferring nationally and internationally. These include The Infidel The Musical, Glasgow Girls (with National Theatre of Scotland and Citizens Theatre in association with Richard Jordan Productions Ltd, Pachamama Productions and Merrigong Theatre Company (Australia)), Wah! Wah! Girls (with Sadler’s Wells and Kneehigh), the Olivier Award winning Pied Piper (with Boy Blue Ents), Takeaway, Clockwork Orange, Reasons to be Cheerful (with Graeae Theatre Company and New Wolsey Theatre), Britain’s Got Bhangra (with Rifco Arts & Warwick Arts Centre), Come Dancing (Best New Musical – What’s On Stage Awards), The Blacks, The Harder They Come, the Olivier nominated The Big Life, Da Boyz and Baiju Bawra.

ABOUT RAMPS ON THE MOON

Ramps On The Moon is a ground-breaking touring project that signals a step change in disability arts provision in the UK. Bringing together seven major theatre companies, it will change the way theatre made by and for Deaf and disabled people is seen. These companies are committed to putting Deaf and disabled artists and audiences at the centre of their work; to accelerate positive change, and stimulate awareness of disability issues within arts and culture.