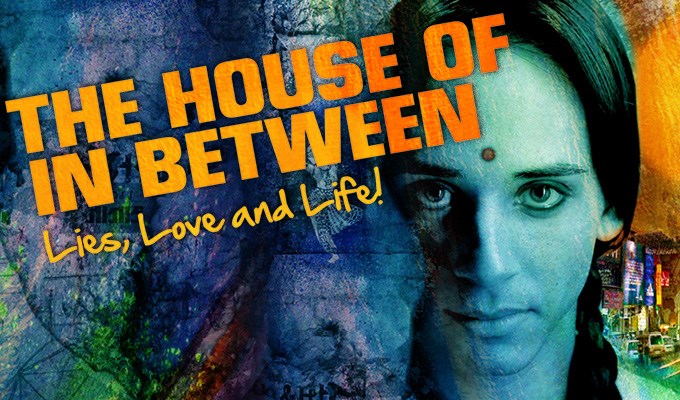 The House of In Between

Theatre Royal Stratford East presents The House of In Between, the untold story of the Hijra. The House of In Between follows the lives of a Hijra clan, a family trying to make their way through modern India, while maintaining their culture, traditions, beliefs and values. Written by Sevan K. Greene and directed by Pooja Ghai, TRSE’s Associate Director, the show unveils the secret lives of this community through humour, wit and passion. The choreography will be led by acclaimed dancer Seeta Patel with music by celebrated composer Arun Ghosh.

Although some are intersexed, Hijras are generally born with male physiology. Some choose to undergo a rite called nirvaan which involves removal of the male genitalia.

The story follows Uma – the leader of a Hijra clan – a tough, caring but charming opportunist who is desperate to uphold the traditions of the Hijras challenged by contemporary society’s increasing demands to modernise and join the global economy. But when the mysterious Dev arrives, Uma sees a chance to erase the sins of the past and ensure the clan's survival. Will Uma's act of charity destroy the clan and will Dev fulfil a destiny no one expected?

Kerry Michael, Artistic Director at Theatre Royal Stratford East said: “With the growing realisation that within our communities there are those who wish to neither define themselves as male or female; and with horrors regularly being reported from around the world where girls and women are victims of sexual violence - this is a timely play from Sevan.  He is telling an untold story that is tender, funny and full of drama.

Writer Sevan K. Greene said:  “I was inspired to write a piece that gave voice to this marginalised group whose stories have been hidden yet resonate so loudly with me with their need to hold on to the past while being slowly razed by the present. Third genderism is a tricky concept so instead of trying to be scientific, I want an audience to understand the Hijra tradition through a very specific clan. All families argue, fight, love, defend, laugh and survive and through this connection I can make the unfamiliar familiar. My goal was to create a visceral play that tickles you one moment and rips your heart out the next.”

Pooja Ghai, Associate Director of TRSE said:  “Hijras have been around for over 4,000 years and have played an important part in the cultural and societal make-up of India. At the time of the Moghul Empire they were revered, now in 2016 they are a part of the underclass and are both feared and deeply misunderstood. I was fascinated by the demise and impending eradication of this group of people, who have always believed they were bestowed with divine qualities, living a life as neither male or female, but as a third gender. Sevan’s beautifully written play is a story about family, hope, despair, unity and love - that takes us on a rollercoaster of a ride leaving us spellbound.”

Gary Wood returns to TRSE playing the role of Shakti, having previously appeared in The Infidel The Musical. Recent theatre credits include Our Country’s Good (National Theatre), Dara (National Theatre), A Chorus Line (Palladium), Rent (Greenwich), The King and I (Leicester Curve) and Wicked (Apollo Victoria).

The cast for The House of In Between also includes:  Esh Alladi, Vikash Bhai, Ashraf Ejjbair, Akash Heer, Shalini Peiris and Lucie Shorthouse.

Pooja Ghai is the new Associate Director at TRSE and is making her directorial debut on the main stage.  Other credits include  Selfie Rules, Rugged Rock (Angelic Tales), Home Theatre, Guess Who’s Coming and assistant director of The Infidel The Musical. Other directing credits include Tamasha 25, Shakti & Seva and Mother India (Rich Mix), As You Like It (Ellen Terry Theatre), The Accordion Shop (Leicester Curve), The Tune is Always Better on the Outside, Oysters, Mirad a Boy from Bosnia (The Bedford) and The Difference (Soho & Rich Mix).

As an actor Pooja’s many TV, radio, film and theatre  credits include the role of Bushra Abbasi in EastEnders, Jasbir Dhillon in Grease Monkeys and numerous productions at Theatre Royal Stratford East, The National, Unicorn Theatre, Soho Theatre and The Finborough to name a few.

The House of In Between will run from Friday 8 April–Saturday 30 April 2016. Tickets start from just £7 to £23.50, with concessions available on all performances. To book tickets call the Box Office on 020 8534 0310, visit www.stratfordeast.com or book in person at Theatre Royal Stratford East, Gerry Raffles Square, London E15 1BN.

Vikash Bhai
Theatre credits include Nadha, Tunnel, Cost of Eggs (Sandpit Arts), Point of No Return, Like Enemies of the Stage and Bring The Bucket (BeFrank Theatre Productions. Screen credits include Roots and Material Girls.

Ashraf Ejjbair
Theatre credits include Handle With Care (Dante or Die, UK Tour), Mind the Gap (National Theatre), To Like Or Not To Like (Park Theatre), Trafalgar Dreams (Theatre 503) and The Duchess of Malfi (Southwark Playhouse and tour).

Gary Wood
Previous Theatre Royal Stratford East credits include Rashid in The Infidel The Musical. Other work in theatre includes playing Paul in the West End revival of A Chorus Line at the London Palladium, Angel in Rent (Greenwich Theatre), Prince Chululongkorn in The King and I (National Tour), Wicked (Apollo Victoria) and more recently Our Country's Good and Dara, both at the National Theatre.

Musical Theatre
An important aspect of its work is the development of new musical theatre. The Theatre’s vision is to break new ground with musicals that bring contemporary and urban music into the mainstream of British theatre. This has led to the production of a broad spectrum of acclaimed sell-out musicals with its work transferring nationally and internationally. Recent productions include: The Infidel The Musical, Fings Ain’t Wot They Used T’Be (first performed in 1959), the Olivier-nominated Oh What a Lovely War (restaged in 2014 for its 50th anniversary year, with a national tour to follow in 2015), the UK Theatre Award-nominated Glasgow Girls (with National Theatre of Scotland and Citizens Theatre in association with Richard Jordan Productions Ltd, Pachamama Productions and Merrigong Theatre Company (Australia)), Wah! Wah! Girls (with Sadler’s Wells and Kneehigh), the Olivier Award winning Pied Piper (with Boy Blue Ents), Britain’s Got Bhangra (with Rifco Arts & Warwick Arts Centre), Reasons to be Cheerful (with Graeae Theatre Company and New Wolsey Theatre), Clockwork Orange, Takeaway, Come Dancing (Best Off West End Production – What’s On Stage Awards), The Blacks, The Harder They Come (including West End and North American tour), the Olivier nominated The Big Life, Da Boyz and Baiju Bawra.
www.stratfordeast.com