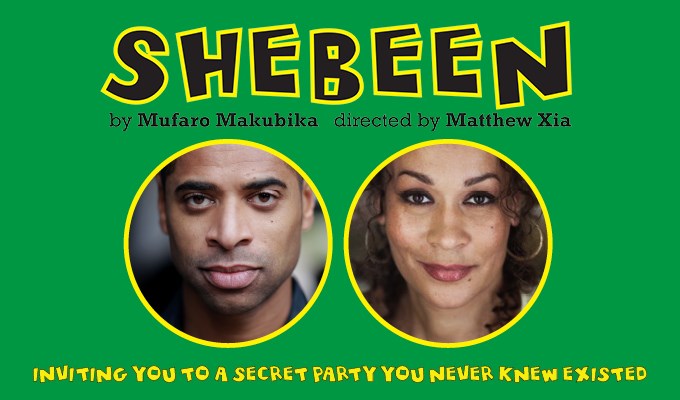 Set in 1958 St Ann’s, Nottingham, Shebeen provides a glimpse into the lives of the Caribbean community in 1950s England and focusses on the uncomfortable realities of racial tension within local communities.

Written by Nottingham local Mufaro Makubika, the play follows the journey of Jamaican immigrant couple George (Karl Collins) and Pearl (Martina Laird) and the forbidden parties they throw at their shebeen - an illegal bar set up in their home that sells illicit alcohol.

When tempers flare and confrontation breaks out with the Teddy Boys, the secret shebeen - and the escape it provides for Caribbean migrants - comes under threat from the police.

Young interracial couple Linford (played by Theo Soloman) and Mary (Chloe Harris) are starting to realise the extent of this conflict all too quickly. Still learning how to be together and dealing with the scorn of Mary’s disapproving mother (Hazel Ellerby), will their relationship survive the external turmoil?

Karl Haynes will be taking to the stage as Sergeant Williams, while Adam Rojko Vega will be playing Constable Reed and Robert Dunne.

Danielle Walters will be playing the role of young Jamaican immigrant Gayle, joined by Rolan Bell as Trinidadian immigrant Earnest.

Winner of the 2017 Alfred Fagon award for Best New Play by a black British playwright, Mufaro Makubika explains why the show is so relevant today and the importance of telling a local story.

He said: “Although Shebeen is a work of fiction it’s inspired by true events.

“In August 1958 in the district around the St Ann’s Wells Road, tensions arose between the black and white population resulting in riots over a number of weeks. These riots actually preceded the more widely known Notting Hill Riots.

“Alarmed, Norman Manley, then Premier of Jamaica and Dr Carl La Corberniere, then Deputy Prime Minister of the West Indies visited Nottingham to reassure the Windrush generation and their children that they were welcome.

“Everyone understands what it means to have a dream. It’s a play about how we relate to each other and how that’s linked to our individual dreams for the future. It feels like we are having a lot of difficulty relating to each other now.”