We are so excited to announce the cast and creative team for our co-production with Nottingham Playhouse and Ramps on the Moon, the world premiere of Samson Hawkins’ new play VILLAGE IDIOT directed by Nadia Fall. Click here to book your tickets.

A pioneering initiative, Ramps on the Moon is a consortium of theatres which aim to enrich stories and the ways in which they are told by putting deaf and disabled artists and audiences at the centre of their work. VILLAGE IDIOT will mark the first new original play staged by the Ramps on the Moon project.

All performances of VILLAGE IDOT are Captioned and will be in a Relaxed Environment. There will also be designated Socially Distanced & Masked, BSL Interpreted and Audio Described performances.

Writer Samson Hawkins said:
“I was a fencing contractor and I wanted to be a playwright, so I wrote a play about being a fencing contractor. I hope this play captures rural life in a way that will be recognisable to people from that background and enlightening to those not. It's a message from the country people to the townies, a defence of who we are, and maybe even a challenge for the future.”

Theatre Royal Stratford East's Artistic Director Nadia Fall said:
“I’d never read anything quite like Village Idiot: it’s audacious, made me laugh out loud and gave me a window into country life that those of us from towns and cities just don’t get to see. And what’s particularly exciting to me is that this is the first Ramps show that is a new play, written by a neurodivergent writer.”

Nottingham Playhouse's Artistic Director Adam Penford said:
“Nottingham Playhouse commissioned Samson to write Village Idiot after he submitted the idea to Amplify, our Artist Development programme for local theatre-makers. Five years later, and after many drafts, we couldn’t be more thrilled that it’s hitting the main stage, and in collaboration with our friends and colleagues at Stratford East and Ramps On the Moon. Samson’s unique voice grabbed our attention in 2018 and we cannot wait for a wider audience to experience that.”

Maximilian Fairley he/him (Harry) trained at the Royal Central School of Speech and Drama, graduating with a BA Honours in Acting in 2022. Theatre credits while training include The Busy Body, The Duchess of Malfi, A Disturbance in Mirrors, The Threepenny Opera, and Promiscuous/Cities. Since leaving Central, he had the opportunity to perform in a showcase with brand new material written specifically for him by Philip Ridley at The Arcola Theatre.

Film credits include See How They Run; Dead in a Week (Or Your Money Back); Blackwood; The Quiet Ones; The Wee Man; Estranged; The Child; Late Bloomers; The Bomber; Trainspotting; Regeneration; Mr Corbett's Ghost; Mind the Gap (Sonos Award Winner).

Faye Wiggan she/her (Debbie) has been involved in dance and performance from a very young age and has been an active member of Hijinx Theatre’s North Academy for the past six years. Faye has performed in many Hijinx projects and productions over the years including a collaborative piece with Hong Kong Arts Festival (No Limits) during lockdown. Faye had a part in the Mold Riots community theatre production (Theatr Clwyd) in 2019 as well as a more recent production of Maryland. Her most recent role was in National Theatre Wales’ A Proper Ordinary Miracle (2022). During the pandemic Faye played a role in Hijinx’s training sessions with NHS trusts across London as well as role play with medical students at Bangor University. She also played the role of Younger Woman in A Good Poem by Ellen Renton in Graeae Theatre's online performance night Crips with Chips. 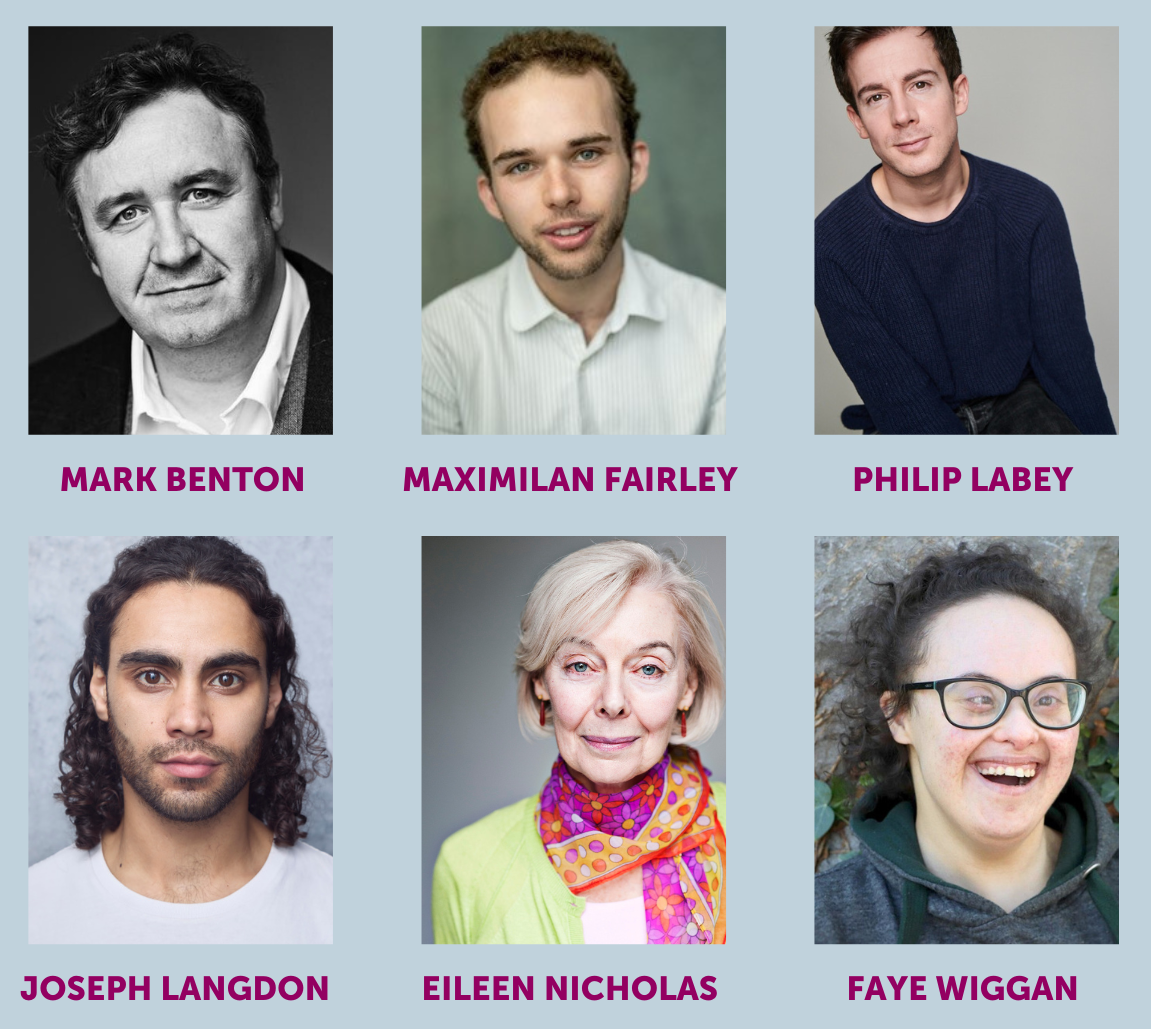