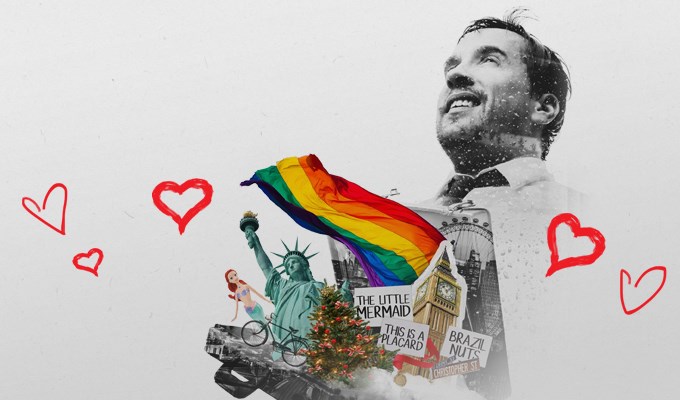 Behind The Soft Subject (A Love Story) by Chris Woodley

The truth hurts. This month I will be bringing my critically acclaimed solo show The Soft Subject (A Love Story) to Gerry's Studio at Theatre Royal Stratford East. Back in August I made my Edinburgh Fringe debut with a pop-fuelled autobiographical love-story looking at drama teaching and mental health.

It took me about six months during the writing process to admit my true feeling about where my mental health was at after my first long term relationship ended. The Soft Subject was originally meant to be about drama teaching and the value of arts education. I have been a drama teacher in secondary schools for a decade. I love it, but sometimes I find it so incredibly formulaic. The show tries to playfully explore this in a one hour five-part drama lesson.

During my first year of teacher training I took my students to a DV8 show about sexuality and on the train home quite unexpectedly my A level student came out to the whole class. Having LGBTQ visibility in schools allowed other students to come out and discuss their sexuality in a safe space. I love it when theatre has made a difference to the student’s lives.

The most important part of making this show for me has been to present a truthful snap shot of my teaching experience as honestly as I can. Teachers are not machines. When my relationship ended after six years I really wasn’t very well. I didn’t return to school for weeks, and I went into a depression. I won’t spoil the ending, but working on the show has been exceptionally liberating.

I’ve learnt that often the things you are afraid to say, or embarrassed to say are usually the most interesting things. Sometimes the truth isn’t for everyone, but now I need to get on with teaching my drama lesson.