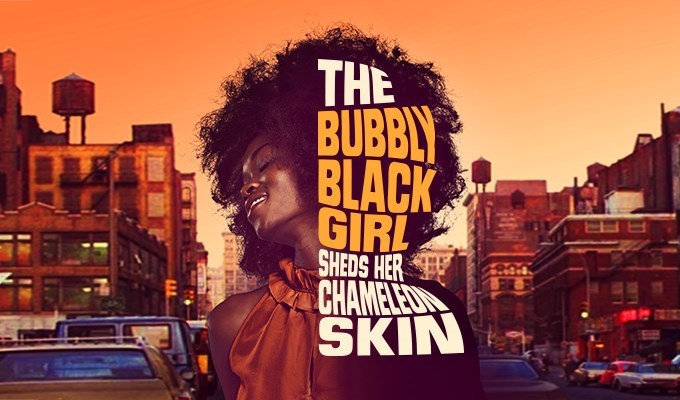 Are you saying I can't be my skin colour because I don't act a certain way?

I only saw one or two scenes of Bubbly rehearsal but I was so excited that I called my parents afterwards and said, “there’s a black girl as a character and she’s not crazy! She has a family! She’s normal! She’s not sassy and rude. She talks like a normal person! She’s like me!” You never see a real black woman or girl unless she’s sassy, or something that you can laugh at or feel sorry for. That’s how black women are depicted. It makes such a change to see something like Bubbly where she’s a real person.

I relate to Bubbly in loads of different ways, not just as a young black actress. I was around theatres and ballets when I was growing up, and my parents used to take me to art galleries. My friends used to say ‘you’re so white!’ and I didn’t understand it. Are you saying I’m not ‘ghetto’? Are you saying I can’t be my skin colour because I don’t act a certain way? Because that’s not ok.

Sometimes it feels like women in general can’t be weak. People don’t realise that we’re not actually weak at all because of the things we go through, including physical pain, but also the emotional pain of just having to get through the world. It’s the kind of things that as a woman you kind of just like put up a block. No one appreciates how strong we are. We’re so amazing!

Women aren’t crazy, we’re actually really intelligent, all of us, every single one. And it was nice to see a woman in a theatre be powerful. Be powerful without being angry. The only way they usually communicate us being powerful is when we’re angry. But there’s different types of strength.

I loved what I saw. I want so many people to see it. Not everyone realises that we’re better than people make us out to be, which is quite sad I want those people that don’t realise their own worth to come and see Bubbly and listen and let the story inspire you. Realise the power you have in the world. Because you can do amazing things. Don’t hold yourself back because you think ‘maybe I can’t’- no. You can. You can you can you can! If you want to you can do it, you can, honestly.