An interview with... Tingying Dong

AN INTERVIEW WITH... TINGYING DONG - SOUND DESIGNER | THE SUN, THE MOON, AND THE STARS

Hiya, Ting! What does a Sound Designer do?
A Sound Designer designs the aural world of a production, including what to hear (the content) and how to hear it (the sound system). The focus can be different when sound designing a play or a musical. For this play, I made use of sound effects, soundscapes, music, and also some live sound manipulation to help with storytelling, and worked with the permanent in-house sound system with some customisation. I work closely with the director and watch rehearsals as much as I can, so that I can maintain a good understanding of the show and the director’s vision. I also need to make sure the sound is working cohesively with other design elements.

How does someone become a Sound Designer?
I trained at the Production and Technical Arts course at LAMDA (London Academy of Music & Dramatic Art). In the first year we learn and take on production roles in stage management, lighting, sound, and set construction, and that was when I started to develop an interest in theatre sound. In the following two years I chose to mainly take on show roles in the sound department and started to do sound design and technical work outside of uni as well, to gain more experience and make some connections in the industry. Eventually upon graduation I decided to be a freelance sound designer. Also growing up I was always quite musical, practising piano, singing, and ballet, which I think came in handy for the content creating side of sound design work.

What are some of the challenges that Sound Designers can face?
Some of the performance spaces can be acoustically tricky, which means the acoustic of the space would affect the sound quality and coverage, or because of the building structure I can’t always place the speakers at the most ideal places. And sometimes there’s simply no budget for a more sophisticated sound system. In those cases I just have to work with what I can get and make some compromise that allows a best outcome from those limitations.

What do you love about your job?
I love theatre and I feel lucky that I’ve found a career in something I love. Sound design is something that a lot of audience are not really aware of, but I find it very cool that it can actually make a strong impact with its subtleness. Also as a creative role it allows me to make my own artistic interpretation of a show while working collaboratively with others. I love doing research and being in the rehearsals, and getting inspired and the feeling of being in the flow while creating sound.

Who or what are some of your inspirations?
There are some amazing female sound designers who I admire and see as role models, for example, Alexandra Faye Braithwaite and Nicola Chang. I also love the Complicite’s show The Encounter and Gareth Fry, the sound designer on it, did a stunning job. He also wrote a book on theatre sound design which I found very useful and often refer to. In general when I go to see a theatre show, or a film or TV series, I try to actively listen to the sound design and music, and there’s always something I can learn from.

What advice would you give to someone wanting to get into Sound Design?
Read a book about sound design or talk to a sound designer, to really get to know what this job entails. The best way to learn sound design is by working on productions and seeing how other people work. Drama school can be helpful but I know it’s not for everyone, but I’d suggest to join the Association of Sound Designers, there are lots of useful resources in their archive and it’s a great place for networking and looking for shadowing/assisting opportunities.

What’s your earliest theatre memory?
When I was five or six years old my mum took me to watch Swan Lake. It was probably the first time I entered a theatre space. I was completely taken away and fell in love with ballet. I begged my mum to enrol me into a ballet class and I guess that was when the first seed was planted.

Ting recommends:
TV Show: Parks and Recreation, The Good Place
Film: Before Sunrise, Before Sunset, Before Midnight
Play: The Encounter, Emilia
Album: Suddenly Everyone Explodes (by Plastic Mermaids), Floating (by Sleep Party People), Mezzanine (by Massive Attack)
Book: You And I Eat The Same, Shark's Fin and Sichuan Pepper, Why I Am Not a Feminist: A Feminist Manifesto 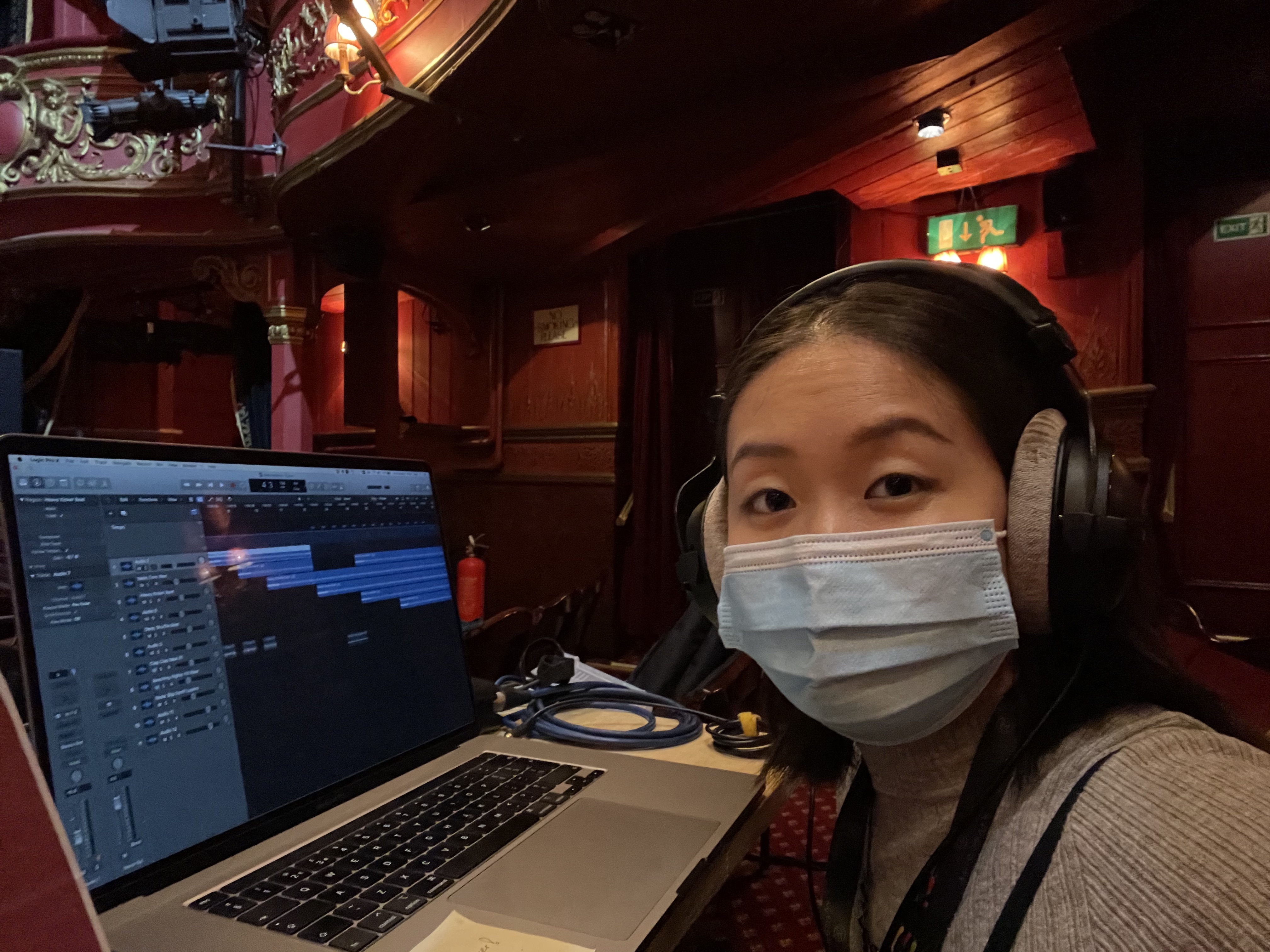