A Look Inside... YOUNG TECHNICIANS COURSE

Stratford East is pleased to be running a Young Technicians Course with Backstage Niche. The programme is a brand new, FREE, introductory training course on Technical Theatre and backstage roles. The sessions will offer local 16–21 year olds the opportunity to work with industry professionals.

The programme is designed for local young people from underrepresented backgrounds, with little to no experience of Technical Theatre. The course includes hands-on workshops in lighting, sound, set design and stage management.

Backstage Niche is a community of freelancers from diverse cultural backgrounds who work in technical and backstage theatre. Their aim is to encourage the involvement of young people into these production art roles as well as supporting professionals currently working in the industry who are from the Global majority. This includes mentorships, panel talks, workshops and a database where companies and theatre establishments can build their creative teams that reflect the society we live in.

Week 1
In our first week of Young Technicians, course leader Constance Oak and the group were joined by Stage Manager Daniel Roach-Williams, who introduced the group to the principles of stage management. Daniel led discussions on the roles and responsibilities of a stage manager, and painted a picture of the other technical roles that stage managers come into contact with on theatre productions.

The introductory session also encouraged the young technicians to get to know each other through practical ball games and a group task that asked the group to debate and identify stage directions. 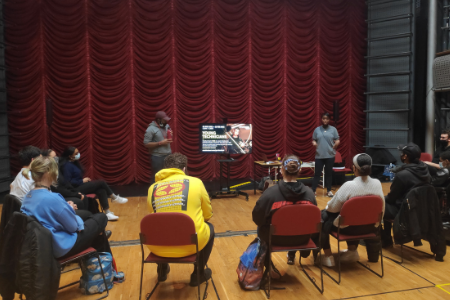 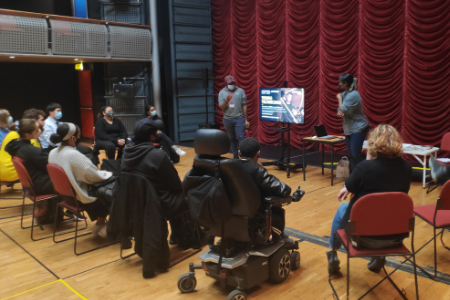 Week 2
In week 2 of Young Technicians, we were joined by Lighting Designer Jessica Hung Han Yun, who introduced the group to the principles of lighting and lighting design. Jessica shared her own journey into the industry, offering an insight into the different pathways available. 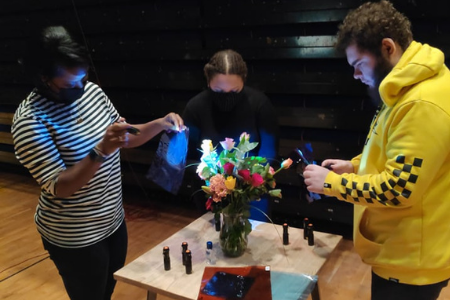 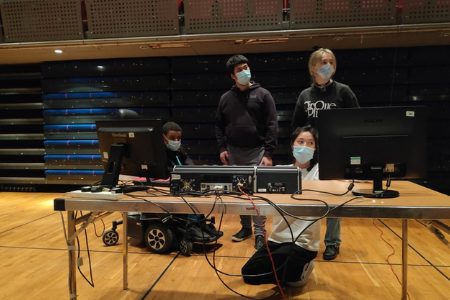 Week 3
This week, the group used the knowledge they gained in previous weeks on the basics of both stage management and lighting practically – the young technicians were split into two.

One group worked with Stage Manager Daniel and Technician Ross to programme and rig lights to backlight an actor. Another group worked with course leader Constance – they looked through a stage management book (the bible) and saw a floor plan for the upcoming show After the End – they measured up the floor plan and marked it up on the stage in two groups of two. 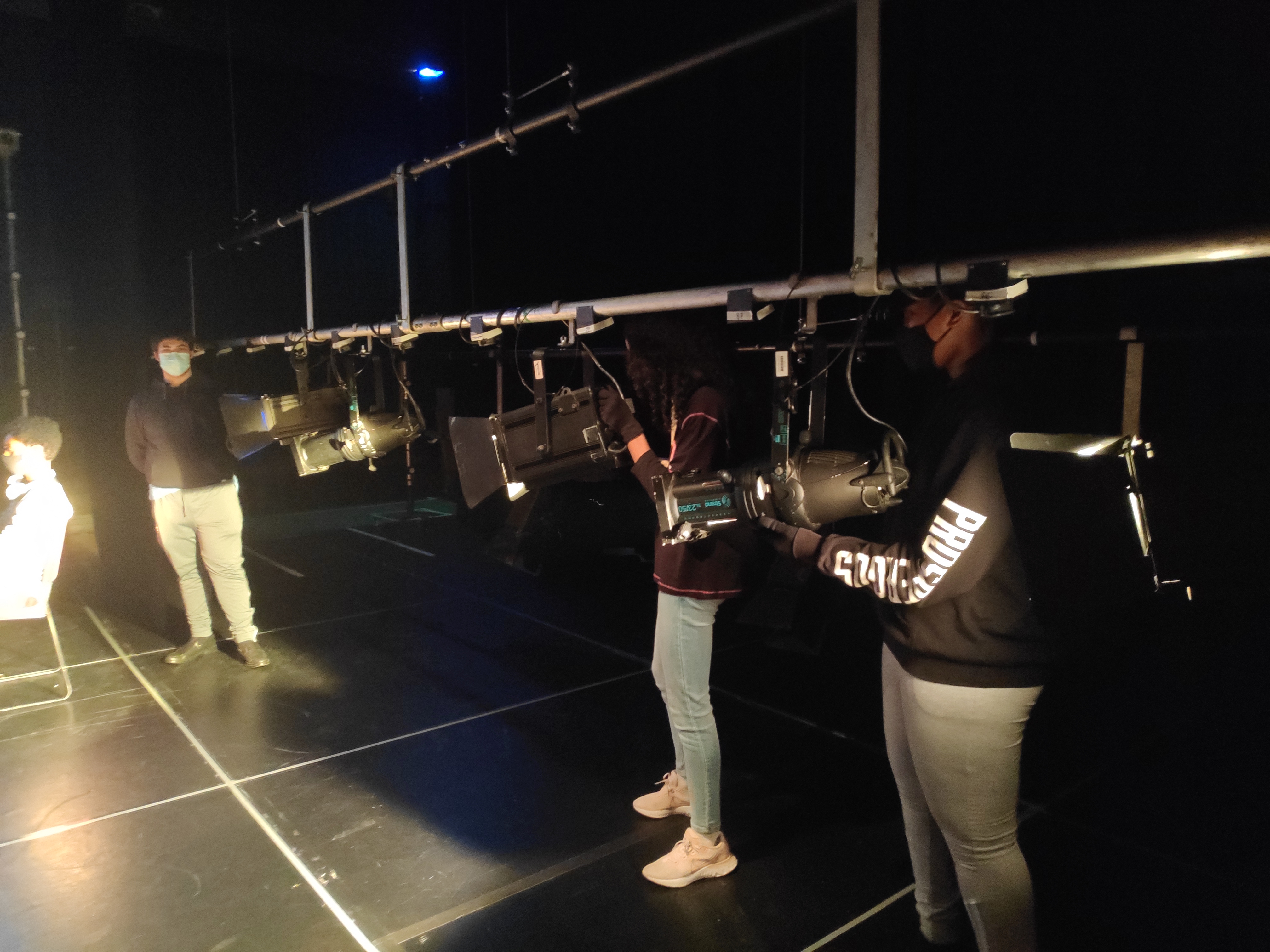 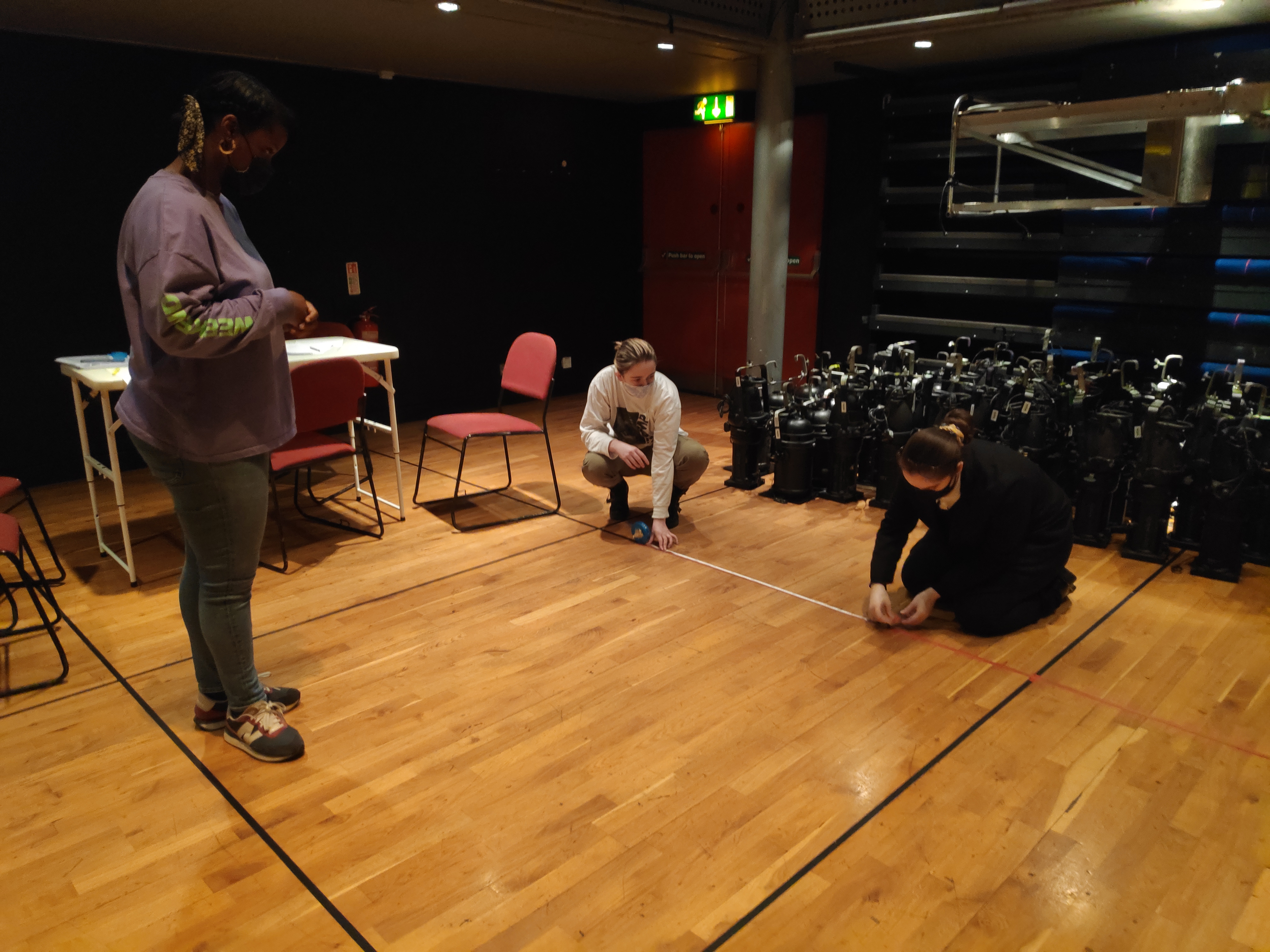 Week 4
In our fourth week, guest artist and sound designer Tingying Dong presented the group with an enthralling crash course on sound. Ting led discussions on what the sound team in a theatre production do, who it consists of and what each person in the team does. From the sound designer to the sound assistant to the engineer.

The group was very engaged with one particular exercise where they were given a script, a time period and a location or theme or genre and had to think of appropriate sounds to match this imagined production. Their responses were overwhelmingly creative! One member of the group during the session said, “I’m really into this!”. 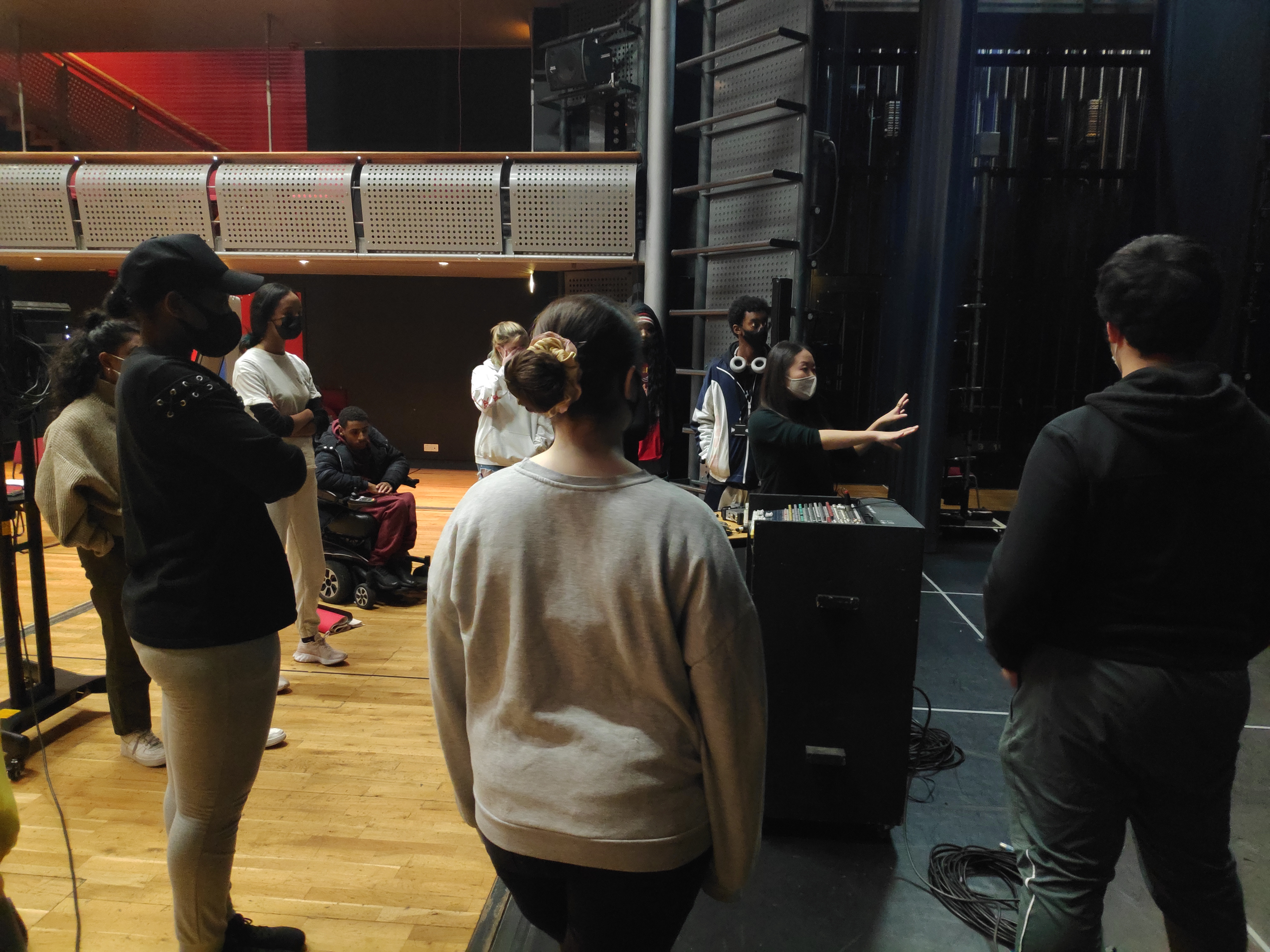 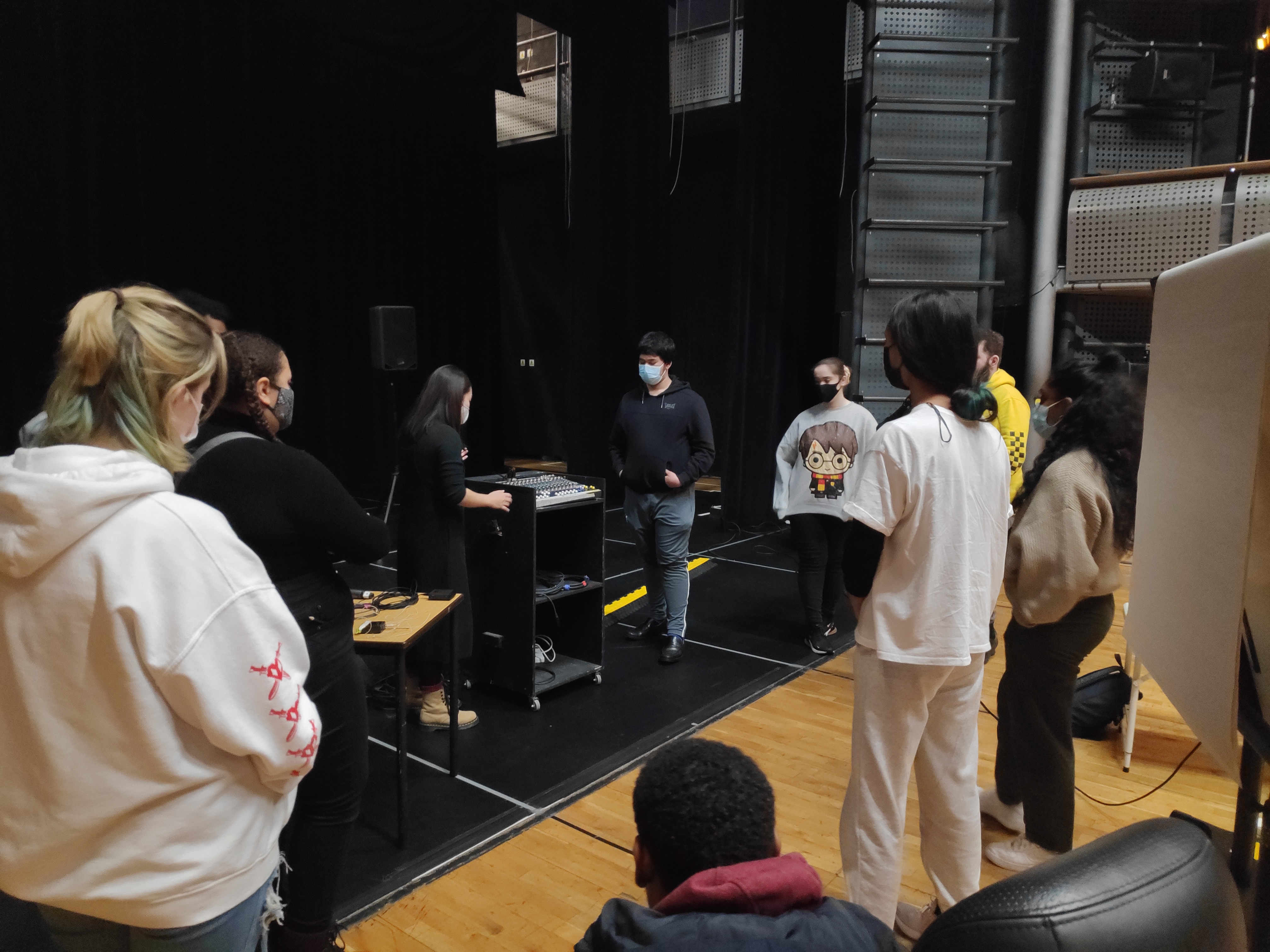