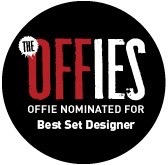 ★★★★ 'This funny, romantic, optimistic play will still bring on the tears. It’s easy to fall in love with Summer in London.' The Stage

★★★★ 'The writing is at times almost Shakespearean in its wit and clever use of language to play with gender stereotypes. Altogether a winning night out.' The Times

★★★★★ 'The play is as bright and brash as the characters’ primary coloured costumes and sweeps up song, dance and wicked jokes in its giddy rush. A must-see.' Spyinthestalls.com

★★★★ 'Intentionally frothy fun, and all the better for it... There’s a self-aware lyricism to his script that mixes mindless silliness with powerful monologues that crack open these peoples’ skulls and let you peer right in.' Time Out

Come and celebrate the first play in mainstream British theatre led by an all trans cast, written and directed by award-winning filmmaker and LGBTQ activist Rikki Beadle-Blair MBE.

Four friends court the same woman on a budget of nothing while the sun shines. A Midsummer Night’s Dream for Generation Rent in a city that still hides a bit of magic, if you know where to look.

As the sun sets and the drinks flow things get complicated, and we discover nothing is as it first appears.

A love letter to London and a story of friendship, love and finding yourself. Don’t miss this funny, sexy and life-affirming night out!

Check out the trailer here:

And here's what press and invited guests thought:

Share Summer in London with Friends...
Cast and Creative Team 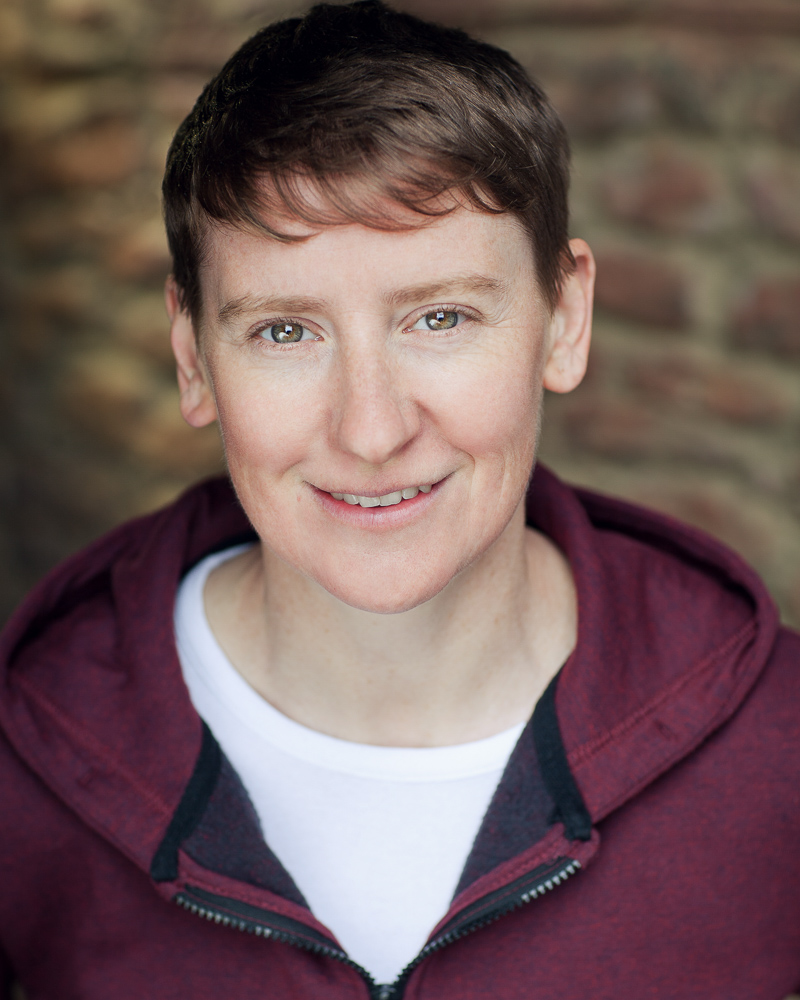 Tigger Blaize was brought up in Guernsey, and trained as an actor at Rose Bruford College. S/he has worked with Oxford Playhouse, The Belgrade Coventry, York Theatre Royal, Vamos Theatre, Trading Faces, Theatre Hullabaloo and Theatre Royal Stratford East, as well as taking part in Stonewall and Team Angelica's groundbreaking anti-homophobic bullying film FIT. Tigger can be seen in BBC1's Apple Tree Yard and forthcoming Hard Sun and heard in Audible's audio dramas Extraordinary Tales. S/he is a proud role model in schools for Diversity Role Models. Tigger is very physical, with performance skills in mask, puppetry and acrobatics; is a qualified ski instructor, plays football and runs and cycles most days. S/he's all about the tea and cakes! 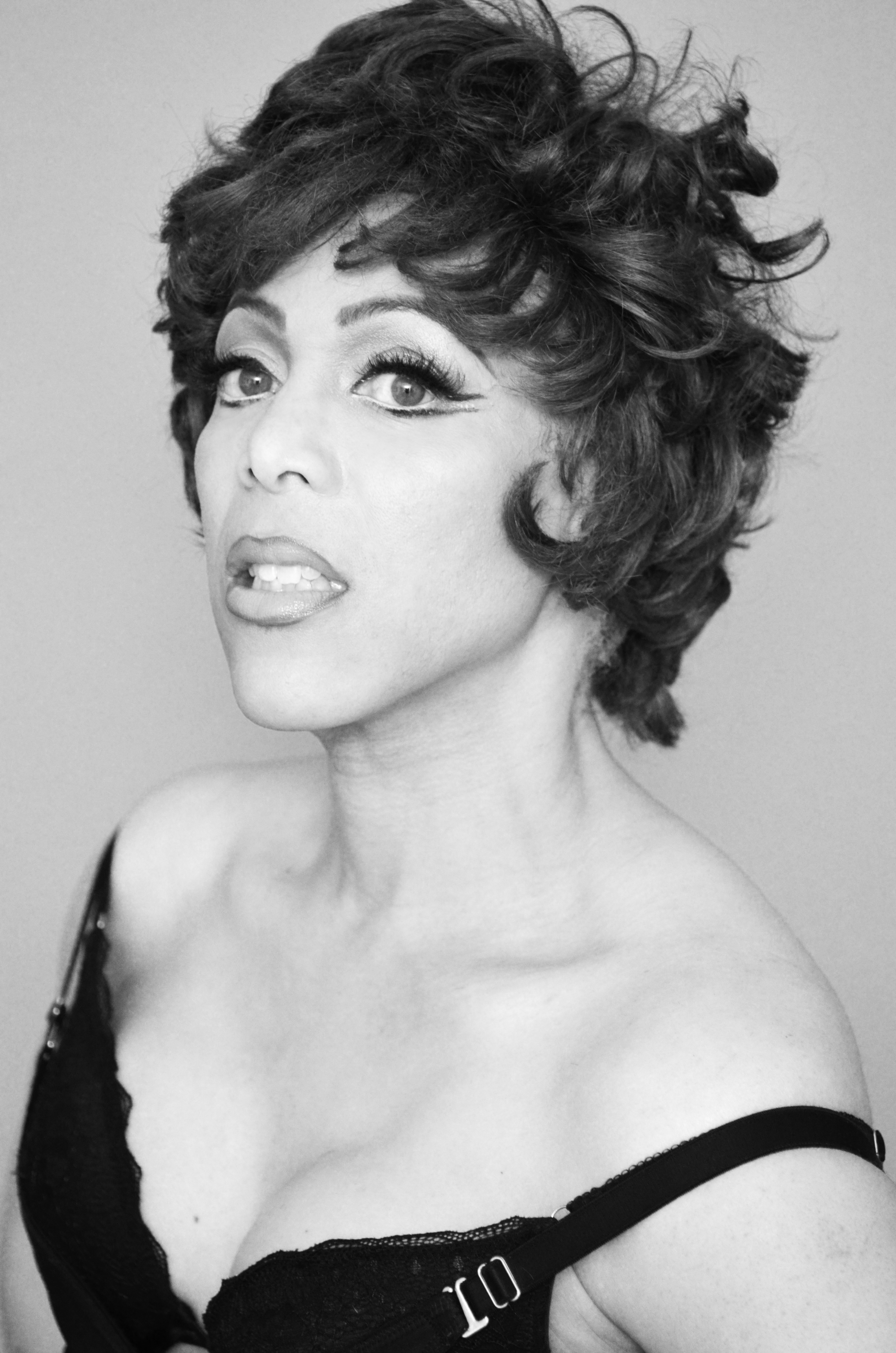 Mzz Kimberley studied Musical Theatre (City Lit Institute, London) and Acting (The New York Academy of Theatre Arts under the direction of Philip Nolan) and has since performed at clubs and festivals around the world with her one woman cabaret show, as well as appearing on runways, in advertising campaigns, on screen and on stage. Career highlights include regular performances on the main stage for London Gay Pride, being chairman of Drag Queens against Breast Cancer, hosting Blaxploitation (the first all-Black Queer cast in the UK) and winning the BOYZ award for Best Cabaret Artist in 2011.

Presenting work includes BPM, 020 with Gail Porter, Night-Life, Tranny of the Year with Ruby Wax, The MTV Mardi Gras Awards and her own talk show The Powder Room.

Film credits include cult hit Killer Tongue and Preaching to the Perverted.

TV appearances include Body Shockers, Wave Lengths, Cold Feet and Eastenders. Kimberley is one of the leads in new web series Spectrum London. 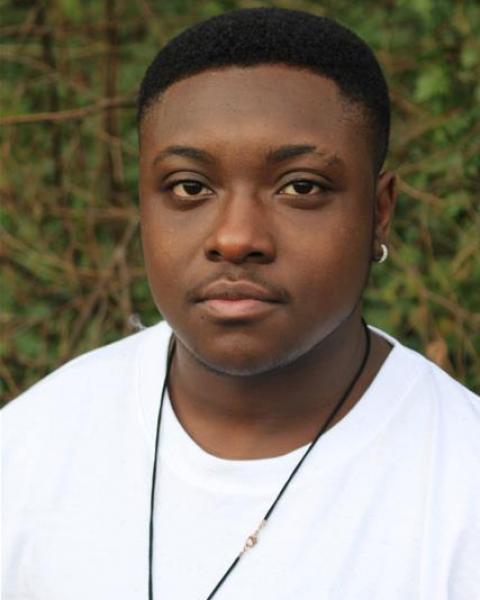 Tyler Luke Cunningham has performed at a plethora of venues around the UK. He started training at The Platinum Performing Arts School as a hobby, and there found his passion for theatre and performance, which led to a scholarship at the North London Dance Studios. Since then Tyler has gone on to study Performing Arts at Chickenshed Theatre where he completed his BTEC and Foundation degree in Inclusive performance.

In his spare time Tyler enjoys writing music and spoken word poetry, accompanied by keyboard and Cajon, and he hopes to venture into music production in the near future. Tyler had his big break in 2016 where he featured in Boy Meets Girl (BBC).

Since then he has continued performing with his university at venues such as The Hard Rock Café and The V&A Museum. Tyler and his business partner have also started taking steps towards facilitating Spoken Word workshops targeting mental health, emotional and social issues within primary school children. The pair hope to take their workshops all over England to improve the emotional wellbeing of young people. 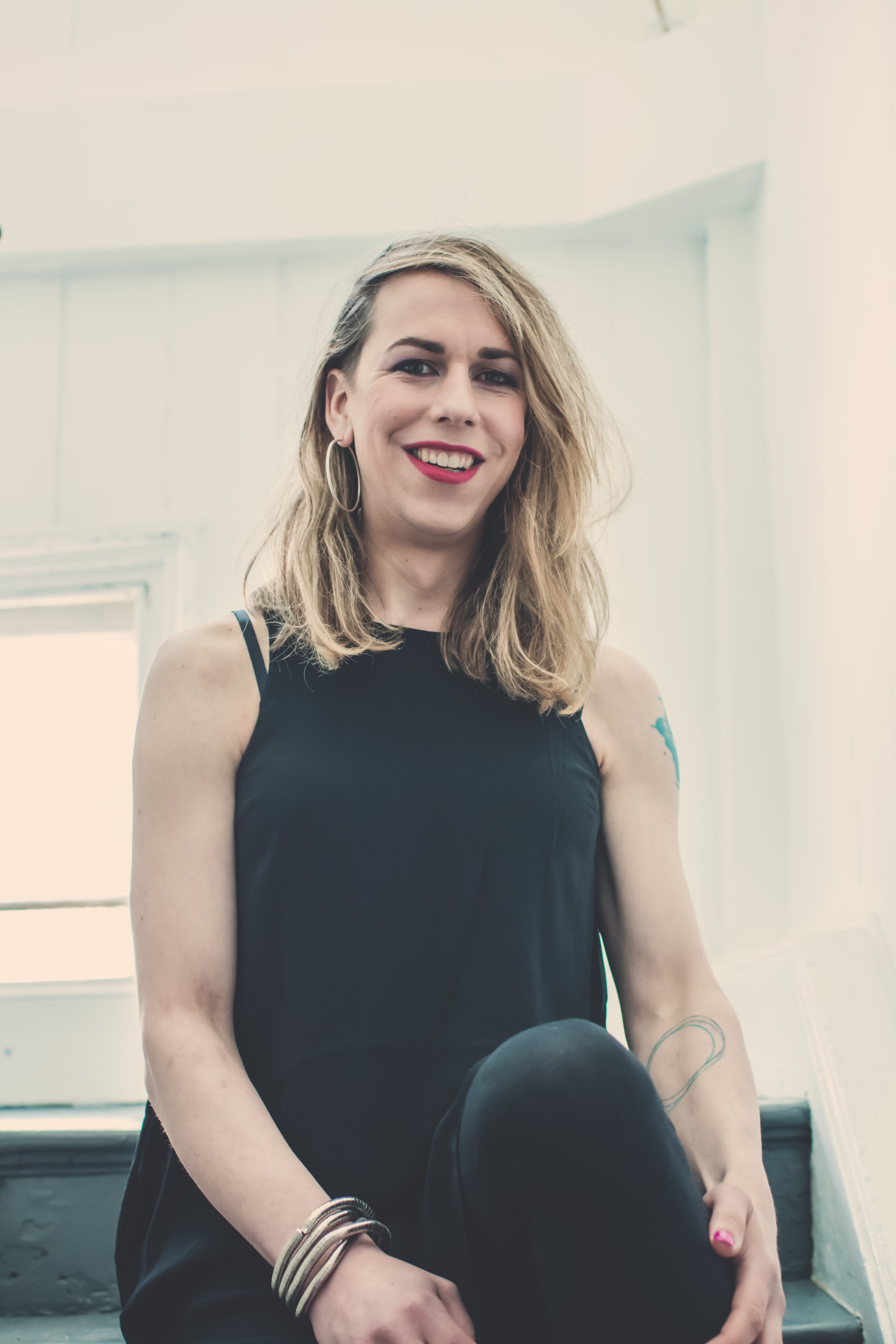 Emma Frankland is an award-winning theatre maker and performer. She has collaborated with acclaimed theatre practitioners including Chris Goode & Company, Shakespeare’s Globe Theatre and Wild Works, and is an associate artist with Coney and Chisenhale Dance Space. She is a two-time Fringe First award winner and Total Theatre Award nominee.

Since 2014, she has been creating performance work based on transgender identities and the politics of transition through her None of Us is Yet a Robot project.

Her most recent piece, Rituals for Change, is a live art/theatre performance that explores the body and the felt experience of change through a series of devised rituals.

“This is a private, beautiful, evocative piece of theatre. It is story-telling at its simplest and bravest” Liz Allum, British Theatre Guide

She has created a diverse collection of work and was featured in the British Council Showcase at Edinburgh Fringe in 2013 with an anarchic adaptation of Don Quijote. The show won the Wildfire Critic’s Choice award at Ignite festival in 2014 and has toured the UK and internationally, appearing at the Tempo Festival in Rio de Janeiro.

Throughout her work, there is a shared theatrical language that focuses on honesty, action and a playfully destructive DIY aesthetic. 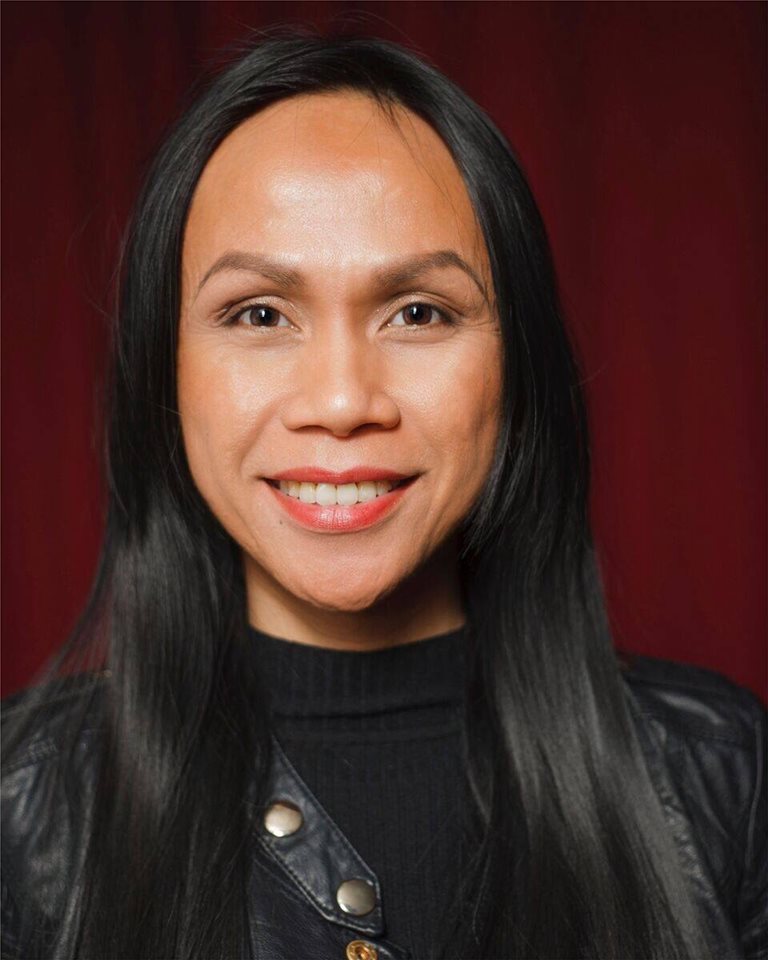 Victoria Gigante is a backstage manager, member and actor in Philippine Theatre UK. She graduated with a Degree in Business and Management at Sunderland University before realising that while business was just one of her interests, acting and human rights issues have always been deeply important to her. After finishing university Victoria pursued a career in acting.

Aside from her yearly responsibilities, roles and commitments to her theatre group she has also appeared in various theatre shows such as Rise with The Old Vic Community Company and My Dad's Gap Year at Bush Theatre (Team Angelica).

She has participated in several photography projects and is one of the faces in the "Trans-it-I-on" exhibition which is visiting Paris, London, and New York this year. A passionate and committed member of the Stonewall Trans Advisory Group which is campaigning towards ‘the acceptance without exception' of trans people in the UK and abroad. Victoria is vibrantly engaged to her work in all of its forms.

Victoria would like to thank each and every one of you for coming to see the show. 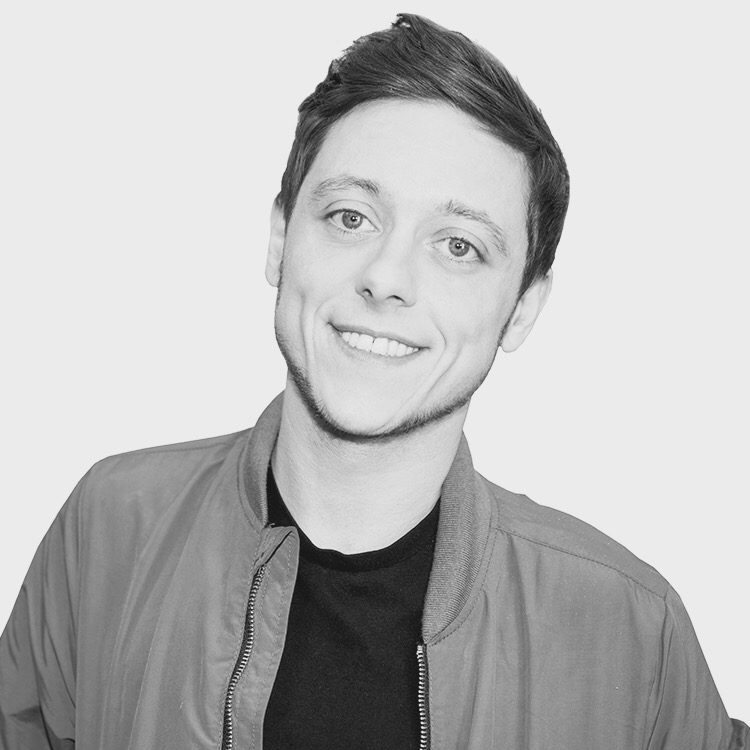 Ash Palmisciano trained through Gendered Intelligence at the Royal Central School of Speech and Drama alongside voice and movement classes with The Royal Shakespeare Company.

Last year Ash made his TV debut in BBC comedy series Boy meets Girl. Since then he has gone on to tread the boards at the RSC in Gregory Doran's production of King Lear.

When Ash isn't acting he loves presenting, interviewing and making vlogs through YouTube. Ash is thrilled to be working at the beautiful Theatre Royal Stratford east with such a fantastic cast and an amazing writer. He hopes to go on to land his dream acting role one day in a gritty British film with the talented Shane meadows, watching This is England inspired Ash to become an actor. Follow Ash on Twitter @Ash_palmo or Instagram @ashpalmo. 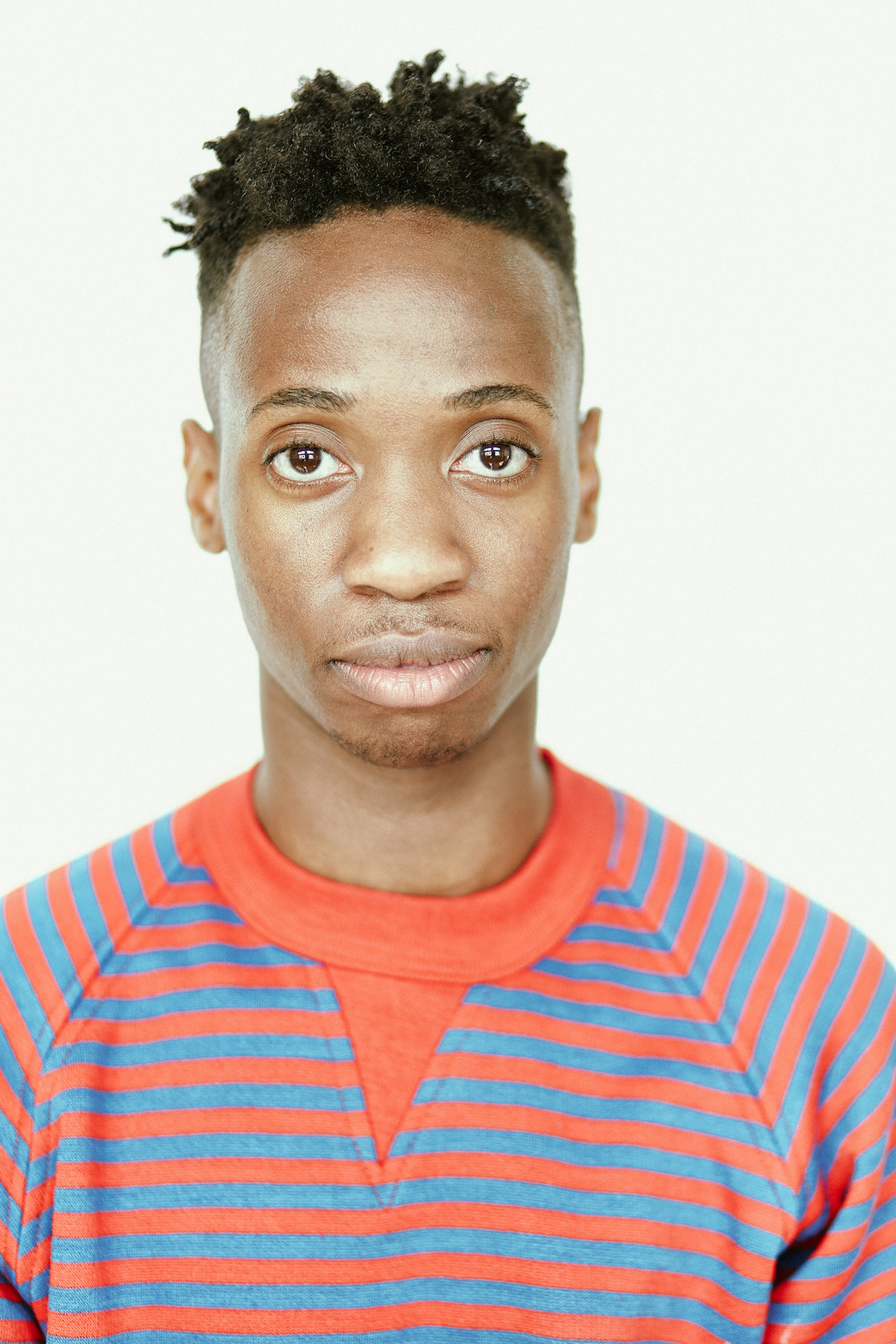 Kamari Romeo studied Drama, Applied Theatre and Education at the Royal Central School Of Speech And Drama. Alongside his acting he is also an experimental spoken word artist writing and producing projects for communities and arts venues.