Dublin, Ireland. John, recently bereaved, believes himself to be haunted by the ghost of his dead wife.

Plagued by secrets, he slowly reveals his story and his truth to Ian - a psychotherapist and former priest who has lost his faith. As the two men struggle to make sense of their place in the world, they are bound in ways they could never have imagined and forced to question the very nature of reality itself.

Written by Olivier Award-winning playwright Conor McPherson (The Weir, The Seafarer), SHINING CITY is a poignant and unsettling exploration of guilt, loneliness and the spaces between us.

Directed by Nadia Fall and featuring Brendan Coyle and Rory Keenan, this is the play's first London revival since premiering at the Royal Court in 2004 to critical acclaim.

Praise for playwright Conor McPherson
"The finest dramatist of his generation."
The Telegraph

"As close to perfection as contemporary playwriting gets."
New York Times

As a COVID precaution for our team, we're asking audiences to avoid waiting for cast autographs/photos. We really do appreciate your support, but we hope you understand!

Runtime: approximately 110 minutes with no interval
Please note that there is no re-admittance to the auditorium once the show has started.

Concessions: Available for under 26s
Click here for details about companion/carer tickets

Booking Enquiries
Most performances are on sale without social distancing, in line with government regulations at the time of the performance. We will update our audiences if regulations change.

Our online booking system doesn’t allow customers to leave isolated seats. We do this in order to prevent gaps in the auditorium.

Currently seats are on sale from Row B in the stalls, and it is possible that Row A will go on sale at a later date, so please be aware that purchasing seats in Row B does not guarantee that you will be in the front row.

If you require any help with your booking then please contact our Box Office by emailing tickets@stratfordeast.com or calling 020 8534 0310.

Tickets for our access performances cannot currently be booked online. If you have any access requirements, please call the Box Office on 020 8534 0310 or email tickets@stratfordeast.com to book tickets. Click here for details about companion/carer tickets.

Listen to our AUDIO FLYER here 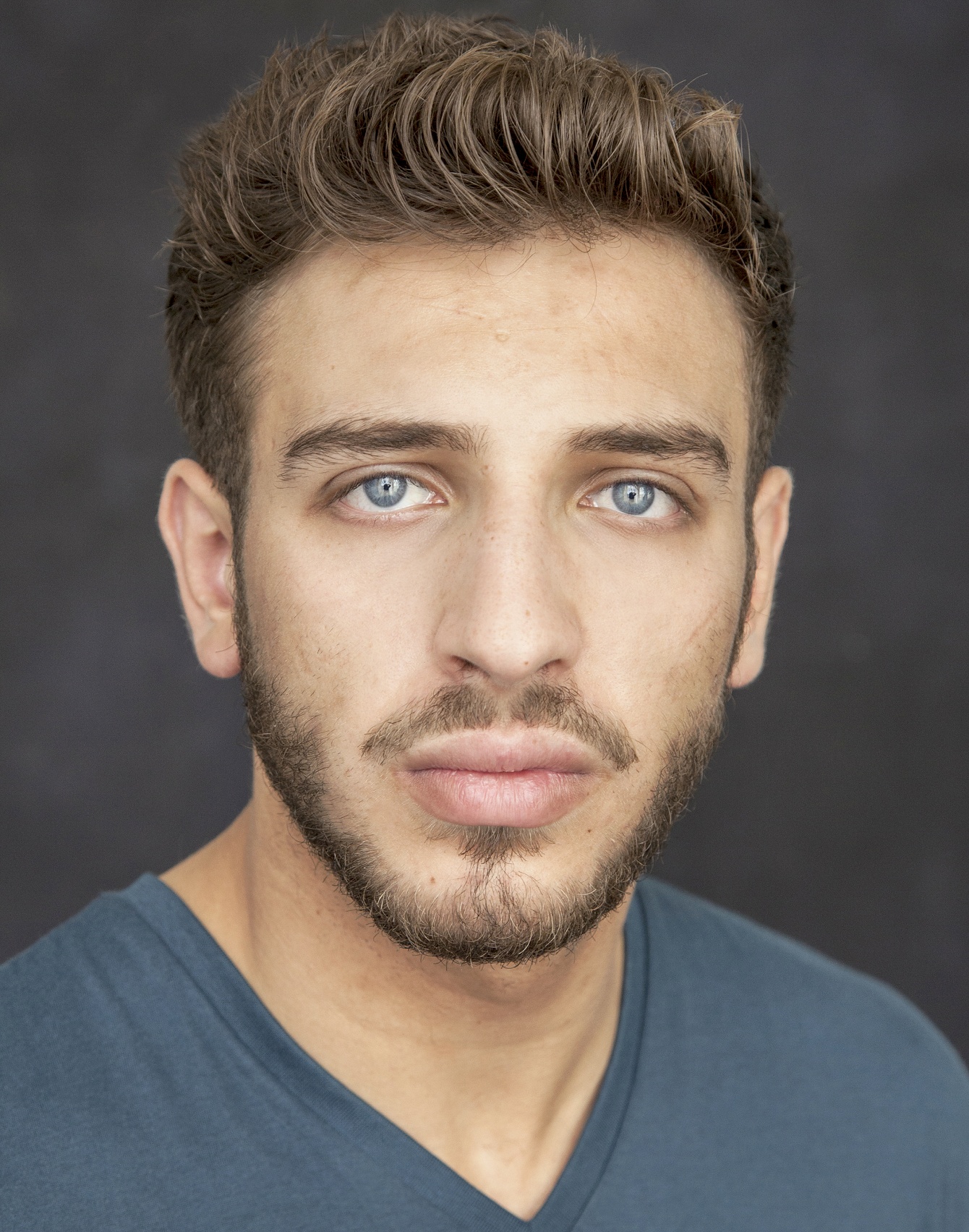 Curtis-Lee’s theatre credits include Peat (The Ark, Dublin), and on screen has been in Game of Thrones, Into the Badlands, Torvill & Dean, The Gift. He also has roles in the upcoming BBC series Hope Street and feature film Ballywalter. 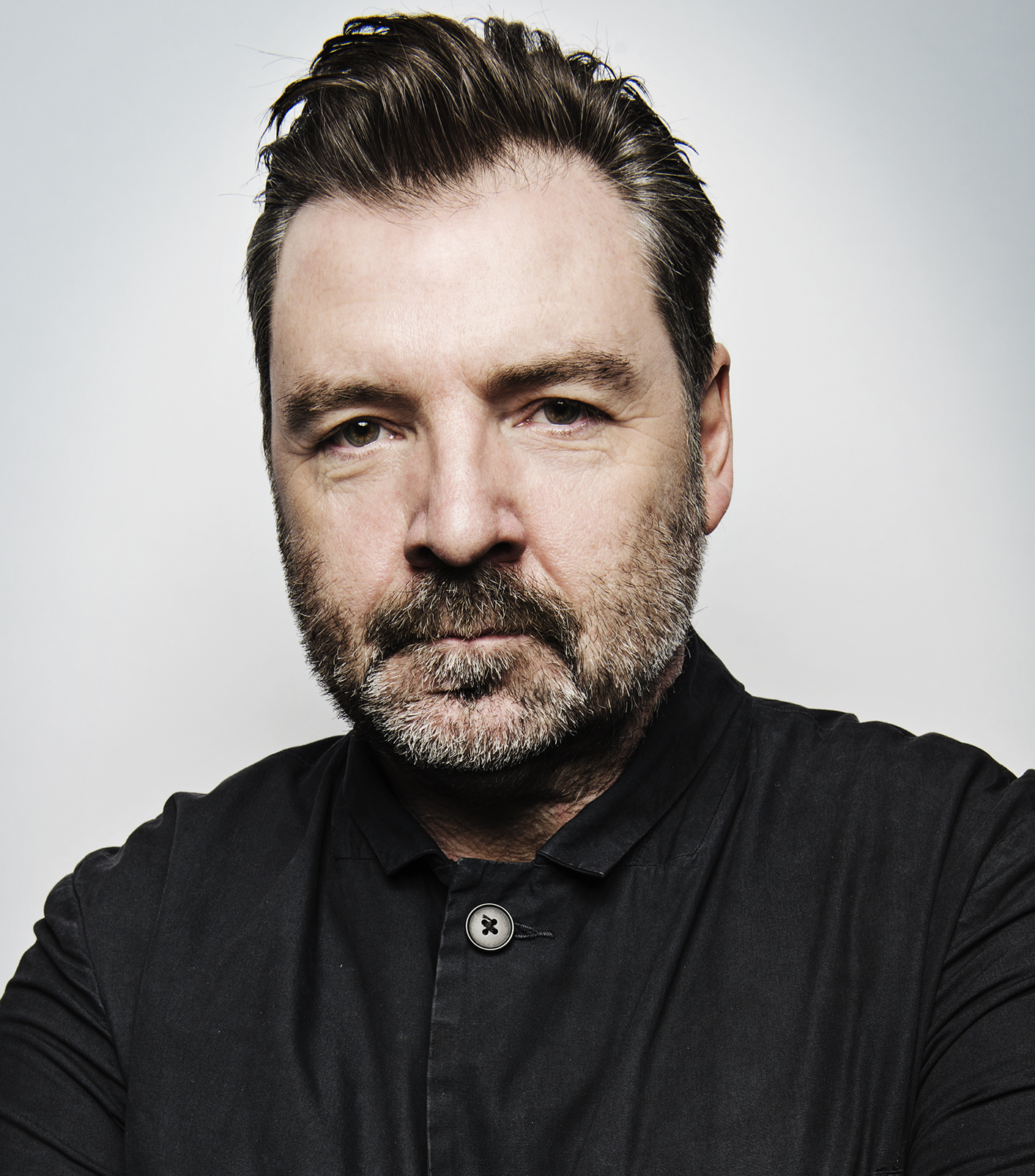 Brendan Coyle's most recent theatre includes St Nicholas (Donmar Warehouse & Goodman Theatre), The Price (Theatre Royal Bath & Wyndham's Theatre), Mojo (Harold Pinter), The Silver Tassie (Almeida) and Buried Child (National Theatre). Brendan also starred in the original production of The Weir at the Royal Court, in the West End and on Broadway; winning both the Olivier Award for Best Supporting Actor & New York Critics’ Circle Award for Outstanding Broadway Debut. On screen, Brendan is most recognised for playing Mr Bates in Downton Abbey (ITV); for which he won 3 SAG Awards for Outstanding Ensemble and received Emmy, BAFTA and IFTA nominations for Best Supporting Actor, and for playing Robert Timmins in Lark Rise to Candleford (BBC). Most recent TV includes Requiem (BBC/Netflix) and Spotless (Netflix). Brendan will next be seen in feature Downton Abbey 2 directed by Simon Curtis. He can be seen in Downton Abbey 1 and in Mary Queen of Scots directed by Josie Rourke. Other recent movies include Unless and Me Before You. 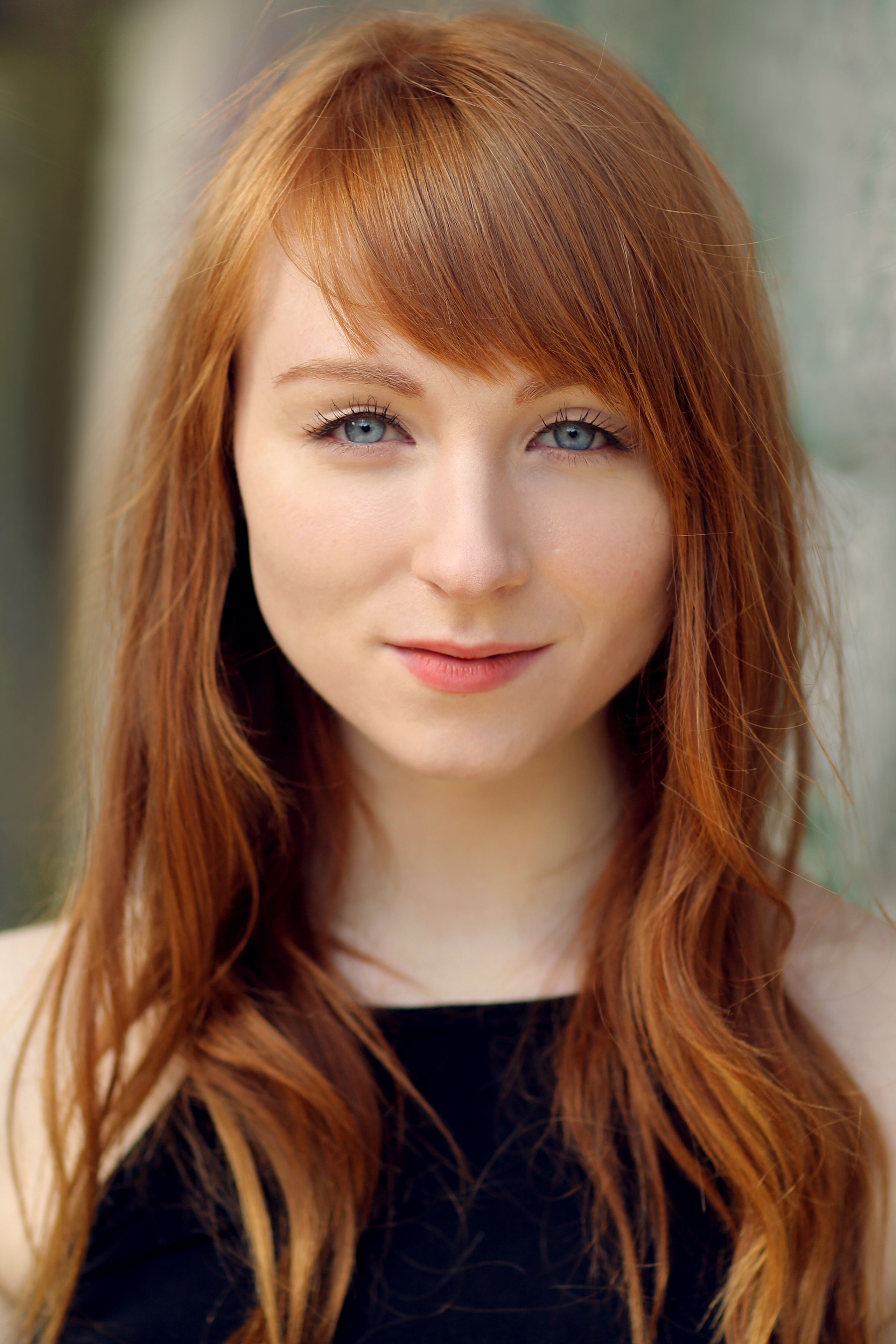 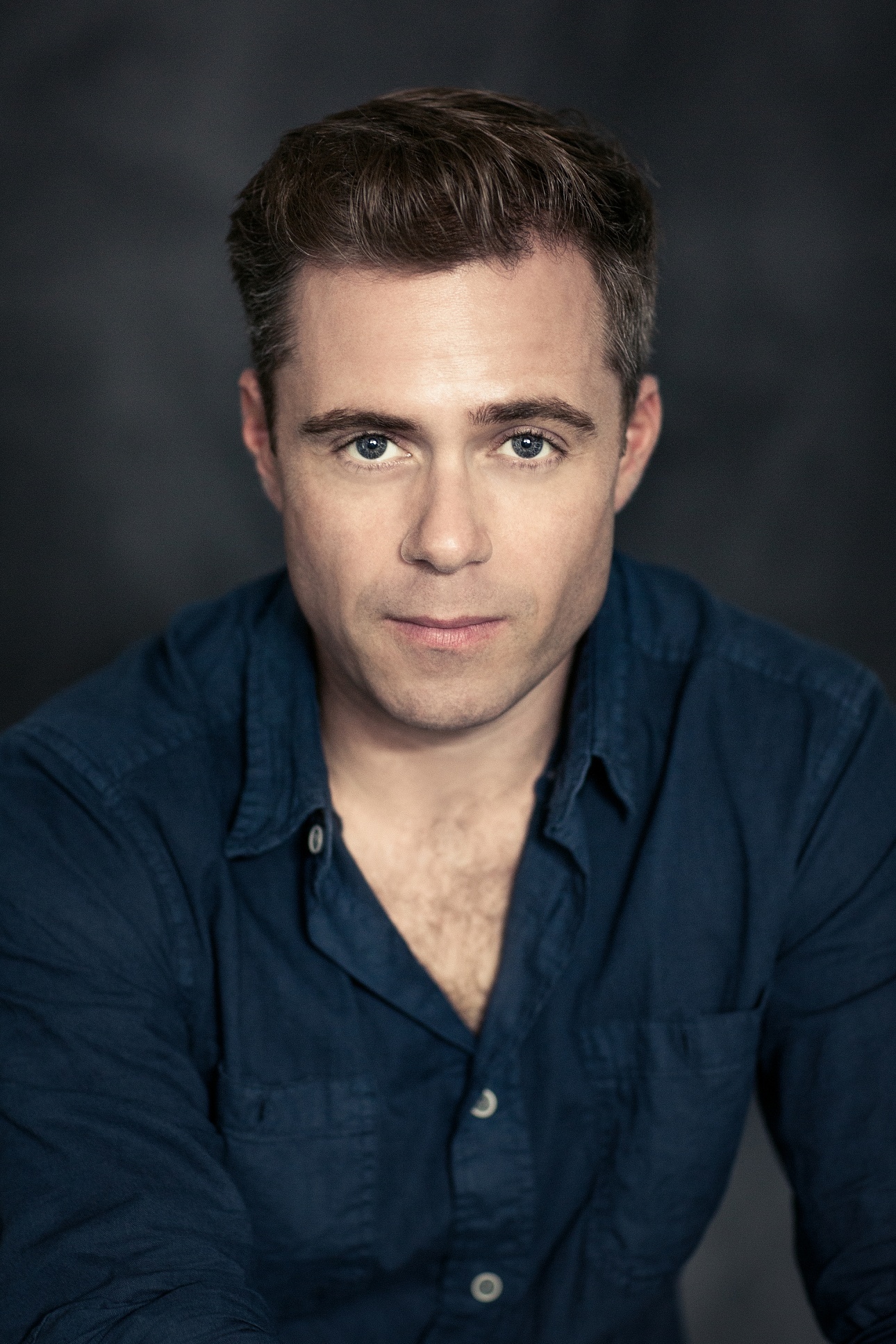 Conor McPherson - Writer
Conor McPherson was born in Dublin in 1971 and began writing for the stage while a student at University College Dublin. His plays include Girl from the North Country (with Bob Dylan), The Weir, The Seafarer, The Night Alive, Port Authority, This Lime Tree Bower, St Nicholas, Rum and Vodka, and The Good Thief. Adaptations include Anton Chekhov’s Uncle Vanya (Sonia Friedman Productions at the Harold Pinter Theatre), August Strindberg’s Dance of Death (Donmar) and Franz Xaver Kroetz’s The Nest (Young Vic/Lyric Theatre Belfast).

Nadia Fall - Director
Nadia Fall trained at Goldsmiths College, University of London (MA Directing) and on the NT Studio's Directors programme. Nadia directed The Village and King Hedley II as her first shows as Artistic Director of Theatre Royal Stratford East. In May 2020 she directed The Outside Dog for BBC One as part of London Theatre Company’s Talking Heads monologue series. In September 2020 she directed NO MASKS for Sky Arts, a one-off drama based on testimonials from key workers. She wrote and directed Welcome To Iran, which was broadcast on BBC Radio 3 as part of the Lockdown Theatre Festival. Her other directing credits include Three Sisters, The Suicide, Our Country’s Good, Dara, Chewing Gum Dreams, Home, Hymn, The Doctor's Dilemma (National Theatre), Hir, Disgraced (Bush Theatre), R and D (Hampstead Theatre), Way Upstream (Chichester Festival Theatre), Hobson's Choice (Regent’s Park Open Air Theatre), How Was It For You? (Unicorn Theatre), Sticks & Stones (Polka Theatre), The Maids (Lyric Hammersmith), Miss Julie (Croydon Warehouse Theatre) and Wild Turkey (Site Specific). As Associate Director, The Curious Incident of the Dog in the Night-Time (Gielgud Theatre), Collaborators and The Habit of Art (National Theatre), and as Staff Director, Rocket to the Moon, Really Old, Like Forty Five, Phèdre and Much Ado About Nothing (National Theatre). Fall has directed at Guildhall School of Music and Drama and led participation initiatives with partners such as the Young Vic, Clean Break, Soho Theatre and the Royal Court.