Reasons To Be Cheerful

Celebrating the infectious music of Ian Dury and the Blockheads, REASONS TO BE CHEERFUL is a punk rock musical and gritty coming of age tale, which always leaves audiences shouting for more. Featuring Ian Dury and the Blockheads' greatest hits including Sex and Drugs and Rock and Roll, Sweet Gene Vincent, Spasticus Autisticus and Hit Me with your Rhythm Stick this acclaimed show will fill Theatre Royal Stratford East with raucous glee.

It’s 1979: Labour loses to the Tories, strikes rock the nation and Ian Dury and the Blockheads’ Reasons to be Cheerful (Part 3) climbs the charts. As the ultimate fans, Vinnie and his mates would do anything to see Dury at the Hammersmith Odeon, only the gig is sold out. But life has a habit of throwing strange things at you, and one night of frustration becomes something else entirely...

Let's ‘Ave it! Following nationwide tours, concert versions across the world and a performance at the London 2012 Paralympic Games Opening Ceremony, REASONS TO BE CHEERFUL is back on the road one last time!

All performances include captioned dialogue, BSL-interpreted songs and audio description. If you can’t attend a show without the support of a companion or carer, you can get a companion ticket free of charge – click here for details.

Touch Tour!
There will be an onstage Touch Tour on Thursday 26th October at 1:30pm for matinee ticketholders. To book a place please contact afrost@stratfordeast.com .

Post show talk!
There will be a talk after the performance on Wednesday 1 November which is free to all with a ticket for that performance. More details will be announced soon.

Relaxed performance (Thu 2 Nov at 1.30pm)
These performances are designed to welcome people with an Autism Spectrum, sensory or communication disorder or learning disability and allow movement in and out of the auditorium and there is less emphasis on the audience being quiet during the performance.

NEW SONG ANNOUNCEMENT:
In conjunction with the final tour of their smash hit musical Reasons to be Cheerful, Blockheads  Chaz Jankel, Derek Hussey and cast member John Kelly have written a protest song for 2017, ‘If It Can’t Be Right Then It Must Be Wrong’.

We are pleased to announce the song will be available as a FREE download to everyone who buys a ticket for Reasons to be Cheerful via Graeae's website and will be performed exclusively at each show by the cast and band!

It has also been announced that Tony Heaton OBE has been commissioned to create artwork for the new song. A long-term Ian Dury and the Blockhead’s fan and close friend of Graeae, Tony will take inspiration from his landmark sculpture ‘Great Britain from a Wheelchair’. Working in his much-celebrated signature style he will work to reflect the song’s defiant protest message.

★★★★★
‘This is a show not to be missed. You will come out of the theatre full of joy and enthusiasm for life’ Public Review

★★★★
‘Loud, exuberant and thoroughly enjoyable…you’ll be leaving the theatre with a very big grin on your face.’ The Reviews Hub

‘The stage gives off a million volts’ The Guardian

Reasons to be Cheerful - Trailer

Share Reasons To Be Cheerful with Friends...
Cast & Creative Team 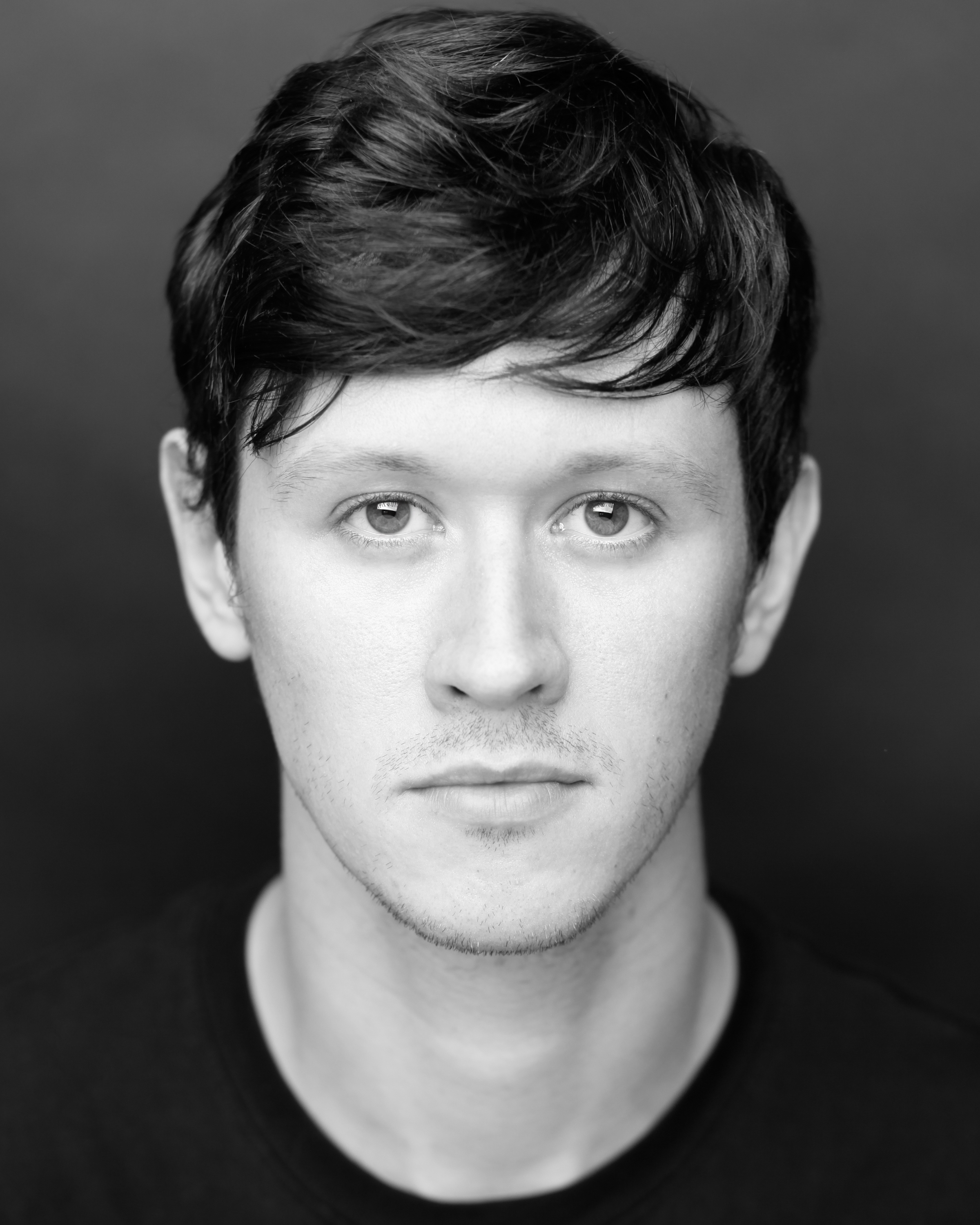 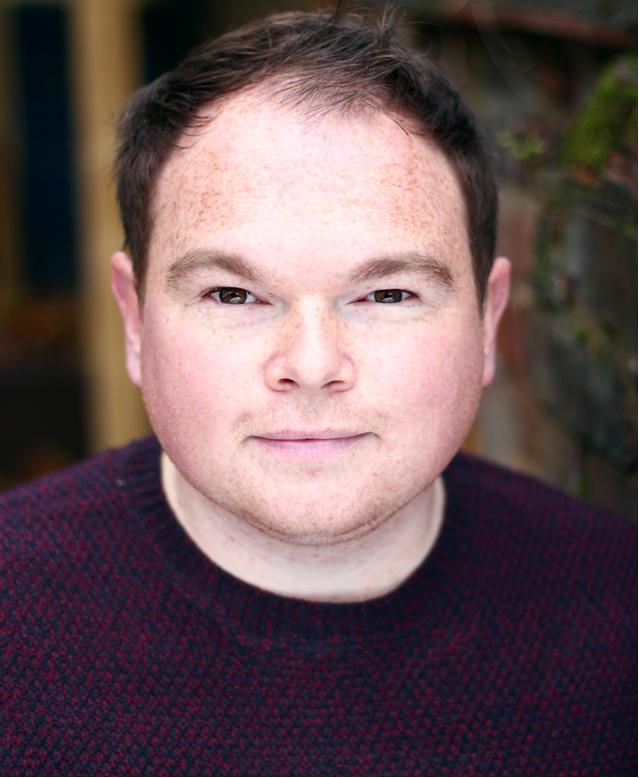 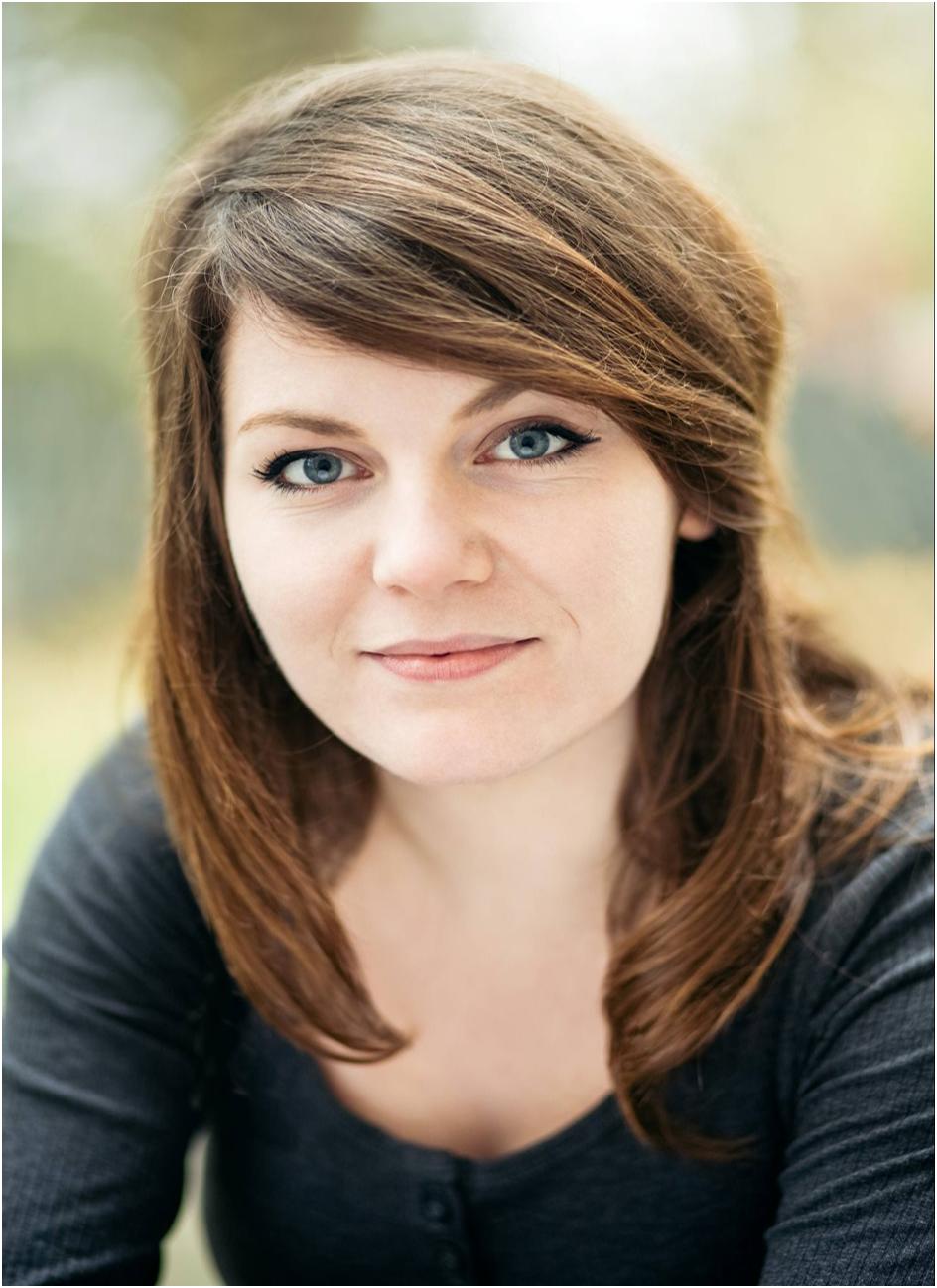 Beth Hinton-Lever (Janine) has recently graduated from Mountview Academy of Theatre Arts with an MA in Performance (Musical Theatre). Her choreography of Jason Robert Brown's Parade won her the Award for Best Choreography at the National Student Drama Festival, which started her professional performing career. Credits include: Mona/Georgina in Dancehall (CAST Theatre), Princess Aurora/Rosie in Sleeping Beauty (CAST Theatre), and Clara in Welfare (Arts Theatre). 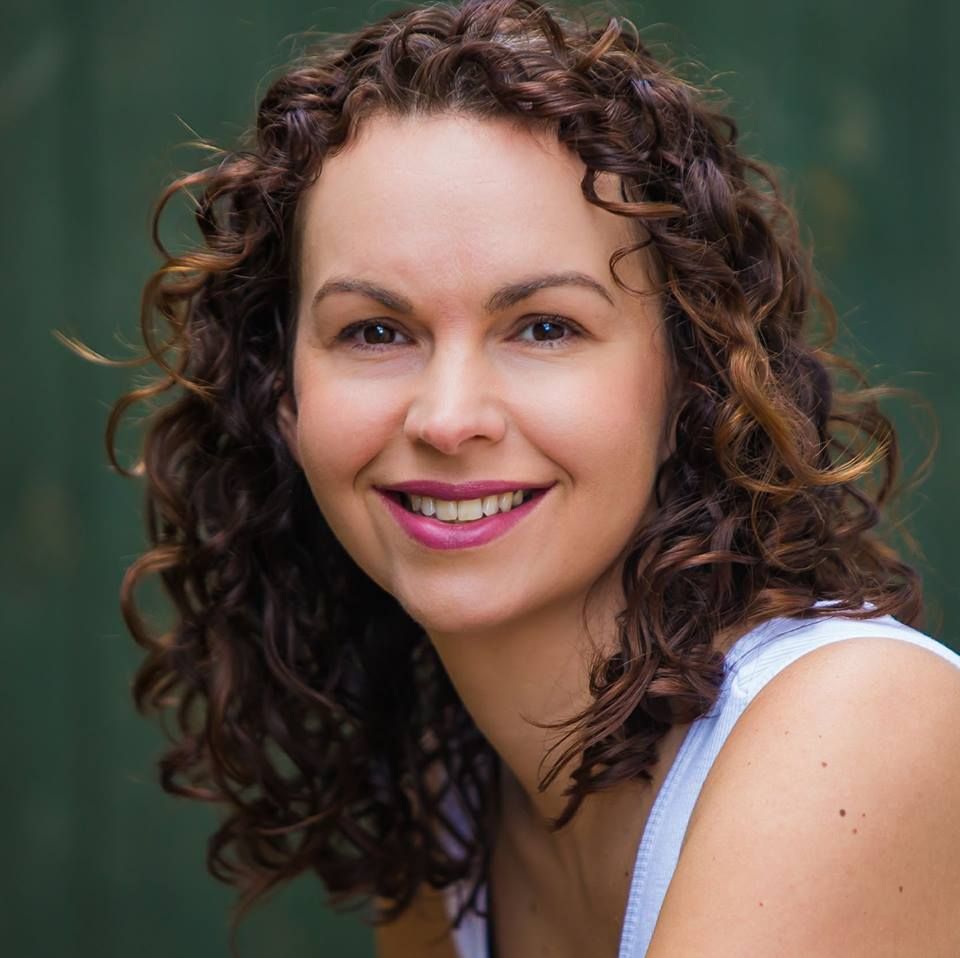 Jude Mahon (Debbie (SLI) trained as an Actor at Mountview Academy of Theatre Arts and as a British Sign Language Interpreter at Wolverhampton University. These two skills have worked together in numerous roles on television and in theatre. As a Performance Interpreter Jude won The Best Supporting Actress award from Nottingham Playhouse for her role in Graeae’s The Threepenny Opera. 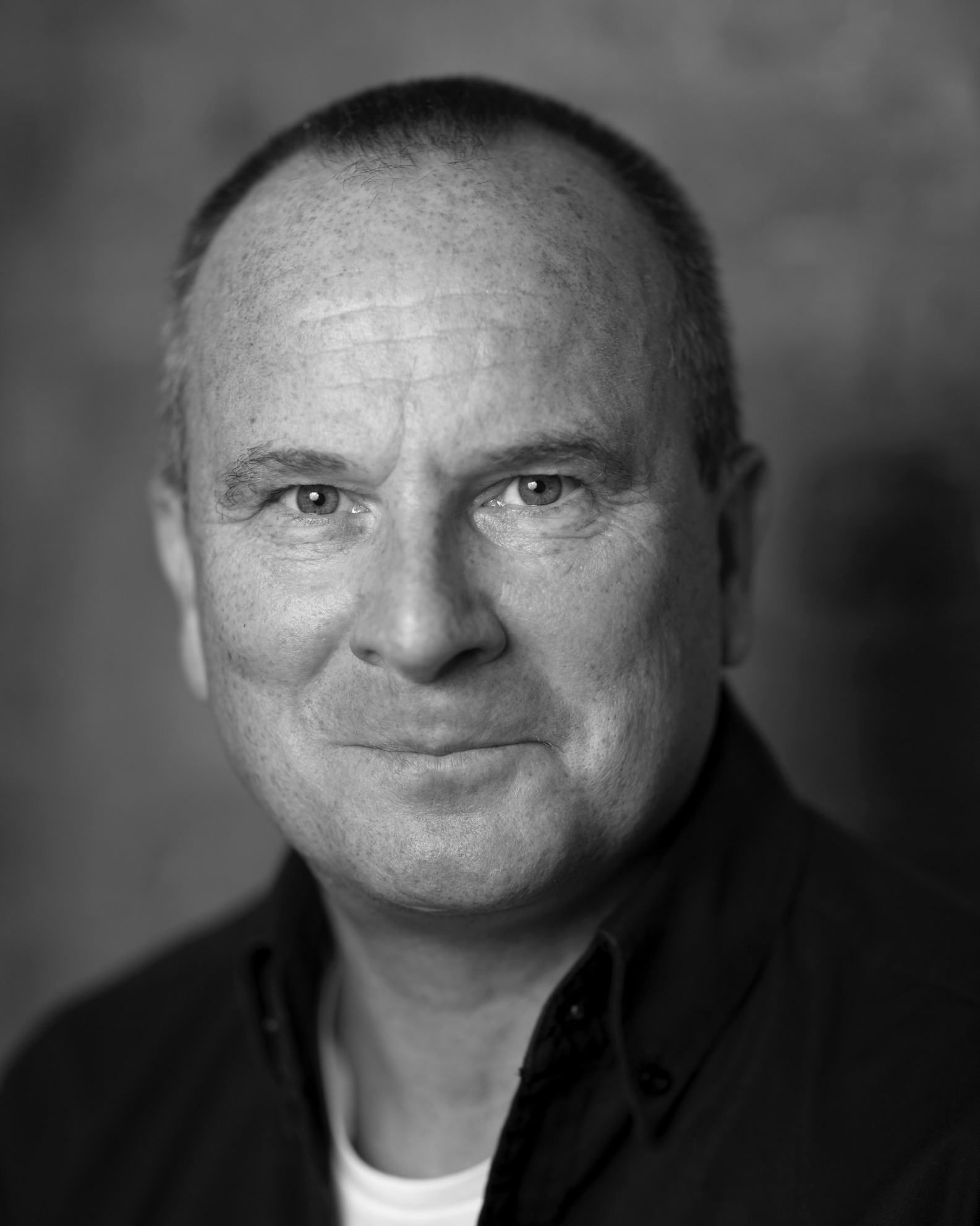 Wayne ‘Pickles’ Norman (Pickles) has been working professionally for forty years; his first job was the Artful Dodger in the West End production of Oliver! in 1977. Television credits include; Terry and June, Dr Who, Eastenders, Grange Hill, Inspector Morse and The Harry Enfield Show (BBC). Theatre work includes The Merry Wives of Waltham, Welcome Home, The Coming of Gowf, Afters and Counting the Ways. Pickles has been working for Graeae for 15 years as an access worker and also an audio describer appearing in their hit shows Reasons To Be Cheerful, The Iron Man and The Threepenny Opera. 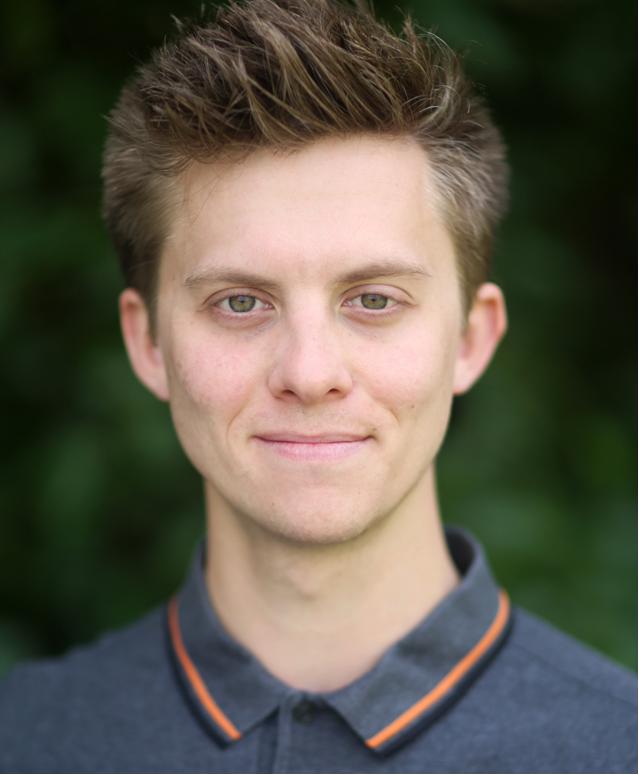 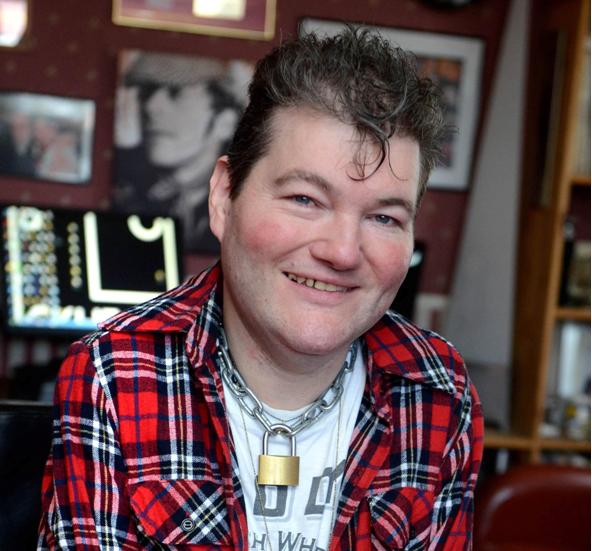 John Kelly (Lead Vocals) has completed five UK tours as well as many international performances. John is Artistic Director of DaisyFest, National Associate Artist for Drake Music, musician with circus company ExtraOrdinary Bodies and is Policy & Strategy manager at Merton Centre For Independent Living. John sang Spasticus Autisticus, live at the opening ceremony of the Paralympic Games in London, and has also guested with the Blockheads. 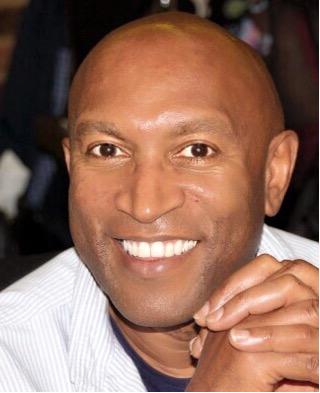 Nixon Rosembert (Bass) is an accomplished musician who has performed/recorded either in the recording studio, on television, or live with Mariah Carey, Ronnie Laws (EWF), Angie Brown, Pete Brown, Reasons To Be Cheerful (band), The Honeyz, Sam Moore (Sam & Dave), Ruby Turner, Jools Holland, Juliet Roberts, Billy Paul, ABC, Cleveland Watkiss, Emmett North Jnr, Clem Curtis & The Foundations and many more. He has written music for theatre and toured with theatre companies as a musician and actor.

Paula Stanbridge-Faircloth (Drums) has been playing the drums for over two decades. Faircloth has performed at intricate math-rock polyrhythms in Quadrilles, the opening ceremony of the Paralympic Games, toured with Reasons to be Cheerful and Psycho Delia, in addition to forming a Kate Bush tribute band.

Max Runham (Percussion) has appeared in Graeae's production of The Threepenny Opera, The Funfair (HOME), The Family Way (Bolton Octagon), Gods are fallen and all safety gone (Camden People’s Theatre) and most recently, Max made his debut with The National Theatre and Complicite in A Pacifist's Guide to The War on Cancer. Max has recently performed in Ramps on the Moon's production of The Who's Tommy.

Louis Schultz-Wiremu (saxophone) Born and raised in Lewisham, South East London. The son of a musician and textile artist, he spent many a childhood evening listening to his dad play funk, soul, reggae and most importantly, Ian Dury & The Blockheads records. He started playing the saxophone at 10 and went on to study at the London Centre for Contemporary Music where he earned his BMus (Hons) in Music Performance & Production. He now gigs, tours and records across Europe for a multitude of different artists including Boy George and Pee-Wee Ellis, as well as working as a textile artist, specialising in costume and set for Schultz & Wiremu Fabric FX ltd.

Productions include: Harry Potter and the Cursed Child, Les Miserables, ENO's Carousel, Matilda, Book of Mormon, The Addams Family, plus many more.

Paul is an award-winning, Olivier-nominated playwright, dramaturg and musician. As a writer, Paul has over twenty productions to his name including two West End transfers (The Big Life and Rat Pack Confidential) and his plays have been performed in the USA, South America, Australia and around Europe. Paul has also worked extensively as a dramaturg for the Royal Shakespeare Company, Soho Theatre, Royal Court, National Theatre and West End & Broadway producers. Most recently, Paul wrote Stratford East’s best-selling pantomime, Sinbad the Sailor, and worked as the dramaturg on the Ramps on the Moon production of Tommy. Paul’s new musical Oxy and the Morons (co-written with Mike Peters of the Alarm and Steve Allan Jones) opens at the New Wolsey Theatre in October 2017. Paul also has a long history of playing in bands and currently plays guitar in Dr Schwamp. Paul is Associate Dramaturg of the Ambassador Theatre Group, Associate Artist of Soho Theatre, Associate Teacher of the Royal Academy of Dramatic Art, Associate Fellow at the University of Warwick and Literary Associate at Theatre by the Lake. 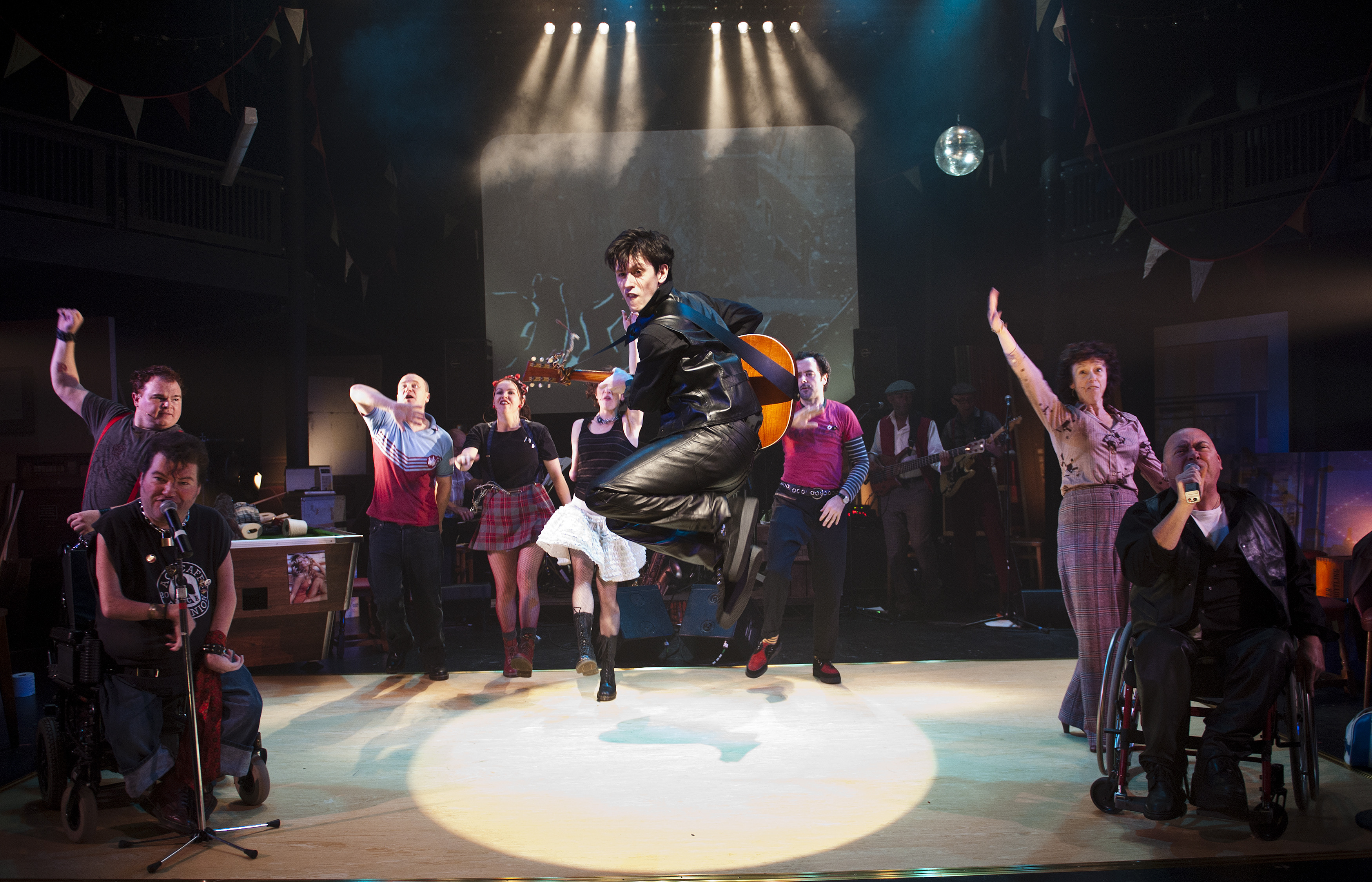 Join the Reasons to be Cheerful tour & make a protest song for your generation!

How can we make sure our voices are not shut away?

How do we make ourselves seen and heard?

In 1981 Britain was changing – we were on the edge of massive political change, music was continuing to present the changing landscape, and D/deaf and disabled people were rising up. In the same year, singer-songwriter Ian Dury (of Ian Dury and The Blockheads) penned Spasticus Autisticus, an anti-charity protest song against International Year of Disabled Persons, a concept he found patronising.

36 years later, the UK is again undergoing massive change, and globally the world is a different place, with new shifts in power and a new generation rising up to be seen and heard. Song continues to be a way we channel anger, maintain solidarity and demand change.

Three Steps to a Revolution:

Book an optional Introductory Reasons to be Cheerful workshop to set you on your way. You can also request our exclusive Songwriting guide, full of professional song writing tips and ideas of how to make songs accessible.

Make an original protest song*. Send it to us. We’ll be choosing songs to take on tour; firing up audiences around the country!

Come see the show on tour and join the revolution.

* We will welcome songs in any format accessible for you, including signed song, lyric videos and audio recordings.